This kitchen sink gadget from China combines a projector, media player, DVD player and video game console all in one device. 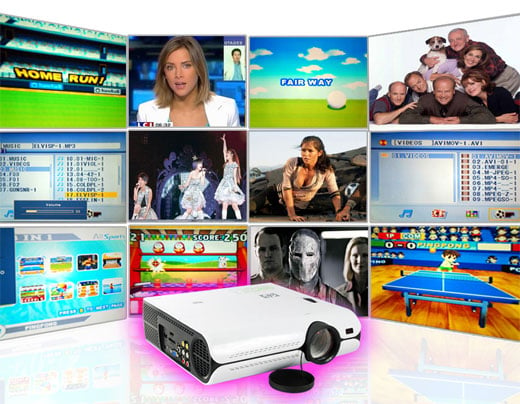 The CVGI-E28 projector is a low-cost LED based projector that’s got all sorts of stuff built in. Sure, you can hook up your standard video sources via VGA, HDMI, S-Video or composite inputs, but that would be boring. Under the hood of this projector is a complete multimedia system, including a built-in DVD player, and digital media player and video game system. It’s even got stereo speakers built in. 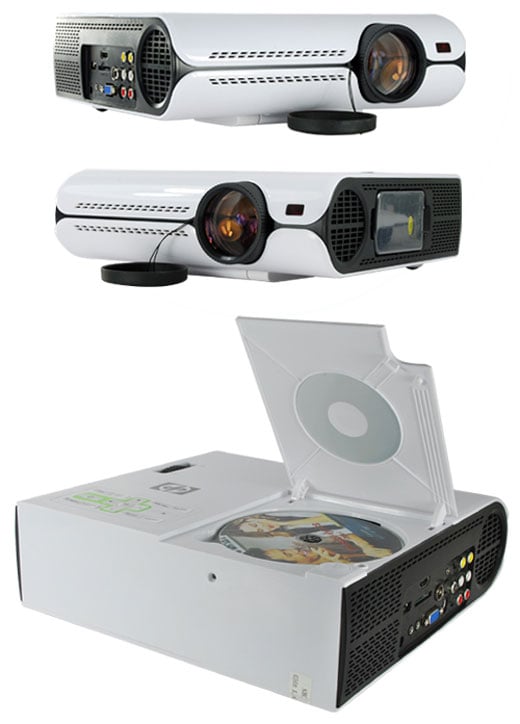 Of course, anything that’s this much of a jack-of-all-trades is bound to be a master of none. The projector cranks out an anemic 640×480 resolution, and the video game console only plays cheap knock-off version of Wii Sports called AllSports. It even comes with a pair of RF motion-sensing controller that looks like a Wii-mote that’s missing a chromosome. Given the likely DNA of the gaming system, there’s an outside shot that it’ll emulate games from classic 8-bit/16-bit systems too, but I wouldn’t bet on it. 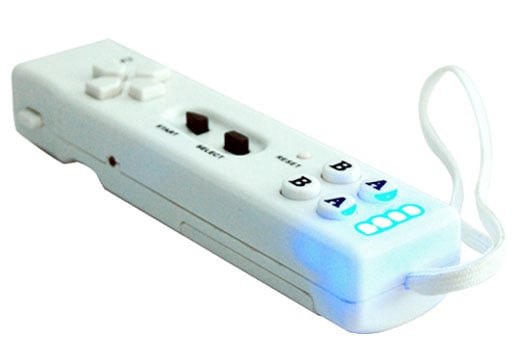 In addition to DVDs and video games, the projector has a USB and an SD/MMC slot which let you play your digital audio, video files and view photos on screen. The region-free DVD player can also be used to play back AVI, MPEG, XVID, MP3, WMA and JPEG files too. There’s even a (very soon to be obsolete) analog TV tuner if you manage to get this thing in your hands before June 12th when those stations go dark in the U.S. Now that’s what I call “planned obsolecence”.

The all-in-one CVGI-E28 multimedia projector is available over at Chinavasion for about $350 (USD).