Forget Antiques, Get a Pc-in-a-Vase

ECS surprised a lot of folks at the recently started Computex exhibition in Taipei by presenting a vase. Not an antique vase, but a PC vase, complete with optical drive. It’s sleek and funny and your mom’s gonna love it. 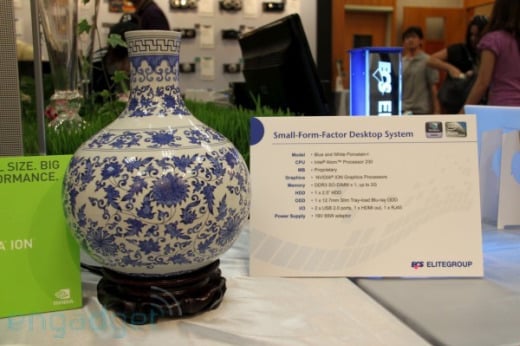 Don’t squint at the image, I’ll tell you what’s written on the card: the PC-in-a-vase runs on an Intel Atom 230 CPU, a Nvidia ION GPU and 1 GB of DDR3 RAM. The vase even has what netbooks don’t have: an optical drive, and it’s Blu-ray at that. 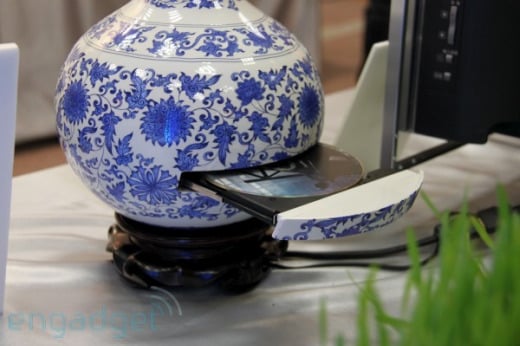 The refreshingly designed PC uses 2.5″ HDDs for storage. A power jack, 2 USB ports, an Ethernet port and an HDMI port can be found at the bottom of the vase, which justifies the raised wooden base. See? form and function. 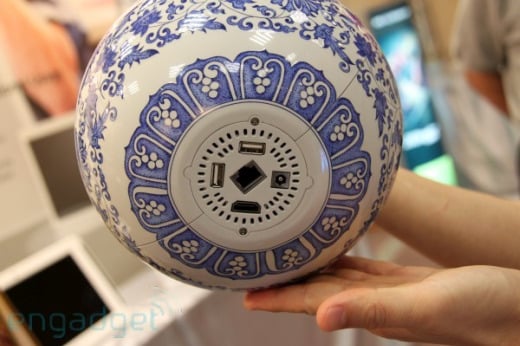 The on/off switch as well as what looks like a vent can be found at the mouth of the vase. 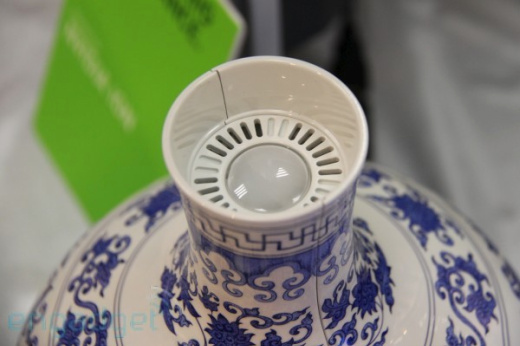 Even though the PC-in-a-vase is just a concept, it’s proof of how far computer technology has come. And also how Brando-like ECS is. But seriously, ECS just made envisioning a future where computers are embedded into pretty much anything so much easier. I want a PC-in-a-wall.