Now this is my kind of boom box… 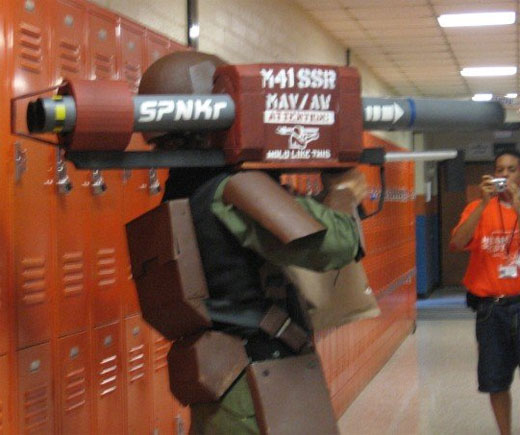 Halo fan Mordacil’s SPNKR rocket launcher boom box has speakers built into the barrels, and a slot on top for connecting an MP3 player. While you could use it to play an aggressive tune like Bang Your Head, or something more whimsical like Blow the Man Down, I think I’d rather play the Halo theme music to preserve the illusion.

The only thing that would make this thing cooler is if it could actually launch rockets. On second thought, it would be even better if it could launch multiple explosive projectiles to the beat of the music.