Acer displayed their first-ever phone, the tentatively named F1 at the ongoing Computex exhibition in Taiwan. You may be familiar with Acer’s obsession with Formula 1 racing, as they have made numerous tie-ins with the BAR-Honda and Ferrari teams. The F1 hopes to live up to its codename with the help of one of the hottest pieces of technology today, Qualcomm’s Snapdragon processor. The Snapdragon fitted on the F1 is rated at 1 Ghz. By comparison, the iPhone 3G’s Samsung ARM processor is rated at “only” 620 MHz. 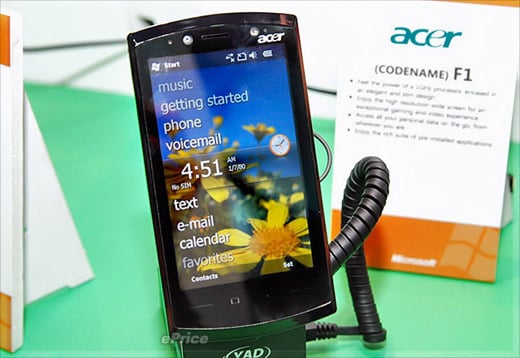 The F1 is Bluetooth- and Wi-Fi-enabled. It also has GPS capabilities, an FM Tuner and a 5 megapixel camera with auto-focus. 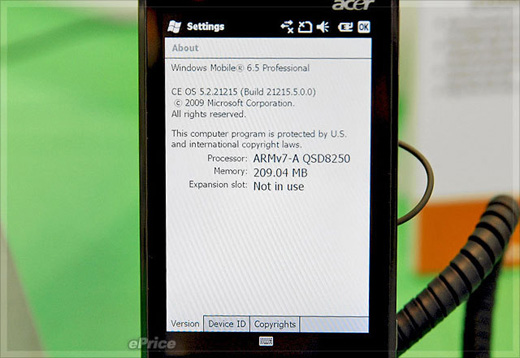 I wish we had hi-res pictures that would do justice to the F1’s 3.8 inch touchscreen, but we’ll have to be content with these shots for now. I also wish that Google would polish up their translator, because I’m pretty sure that ePrice didn’t mean to say that the F1’s “biggest selling point is a 1 GHz processor, doubling the speed while not really, but to ensure faster. ” 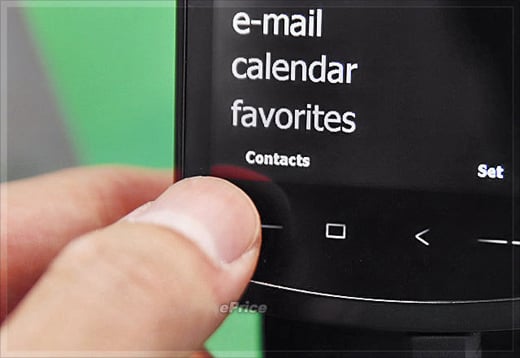 Here we see the buttons in front of the phone. I’m not sure if that’s three or four buttons; the ePrice article probably mentions it but again the answer got lost in translation. 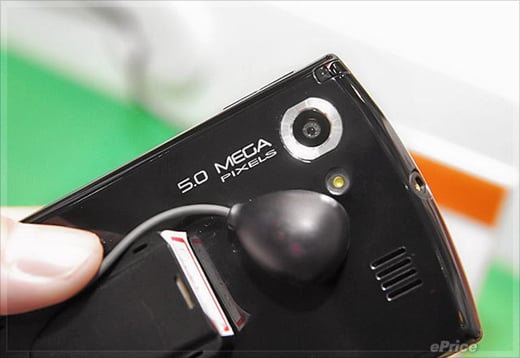 That’s the camera right there, along with the LED flash. The vents on the lower left are speakers, and the tiny dent on the upper left of the F1 is actually its stylus.

You can check out more details regarding the F1 at ePrice (Google Mangled Translated version). For our readers who can read Chinese, click here for the original article. And please tell us if we missed any juicy bits.