Poor PSP-3000. Within weeks it was served a double whammy. After a fairly long period of being homebrew-proof, it was finally hacked. And then shortly afterwards it became (sorta) obsolete. Give your PSP some retail therapy and get one of these custom faceplates from console makeover masters XCM. 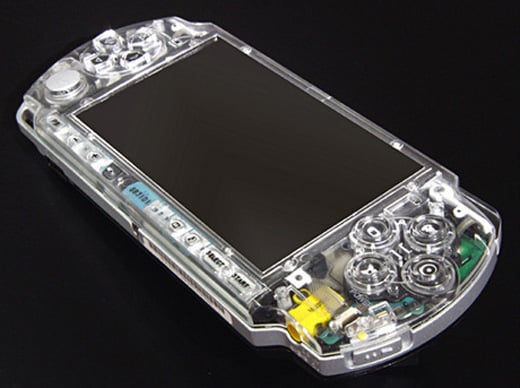 Get a transparent faceplate for your PSP-3000 so you can see its inner beauty, and you’ll realize that even though it’s not the hottest thing on the market anymore, it’s still a technological wonder. 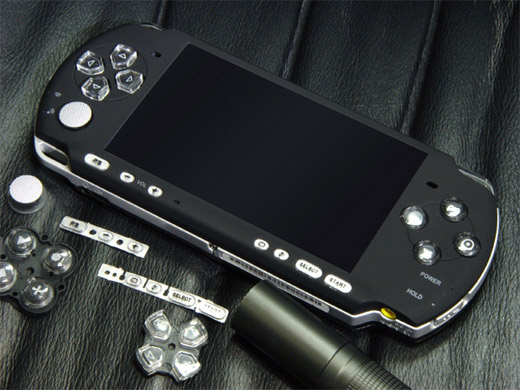 Protect your PSP-3000 from smudge and finger grease with the smooth black faceplate. 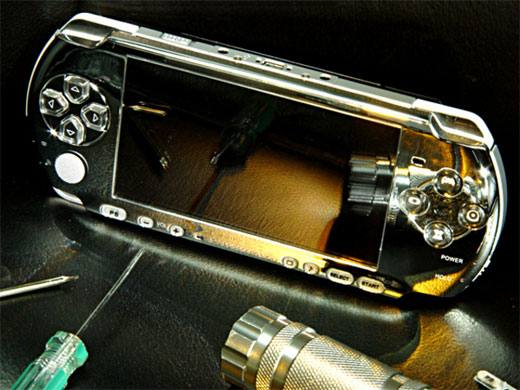 No XCM product line would be complete without a touch of chrome. There’s nothing like a shiny faceplate to make your PSP-3000 feel special again.

The Chrome faceplate is available at Gaming Generations for $23 USD. The Smooth Black is also available at Gaming Generations for only $20 USD.  Unfortunately none of XCM’s official distributors were selling the transparent case as of this writing, but I’m pretty sure they’ll have it soon, so keep an eye on those sites if you want to get the see-through one.