iRobot’s new military robot might not have a personality per se, but the moment I saw them they reminded me of the Tachikomas from Ghost in the Shell. The little fella is called Ember, and its being developed as a disposable yet durable networked mobile swarm. The one-pound robot can be equipped with sensors and radios. I don’t know if it’s in my place to say this but they might be able to carry other payloads too, if you know what I mean. Ember robots weigh just one pound, so a soldier can easily carry several units to the battlefield. 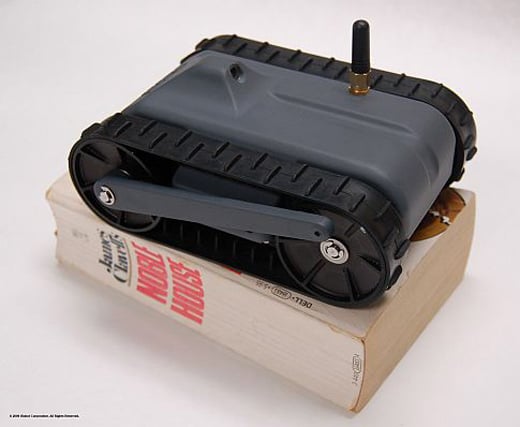 Ember may be pint-sized, but it’s shockproof and waterproof, so soldiers need not be gentle with it. But enough about tactical details, let me get back on why I think Ember is adorable. As you can see Ember has a flipper screwed on each side. The pair of flippers allow him to navigate a wide range of terrain. It’s surprisingly fun to watch the little guy move around. Here have a look:

Ember bears a striking resemblance to iRobot’s other military SUGVs (Small Unmanned Ground Vehicles), except that those are heavier and have tracks in their flippers. iRobot is really on its way to conquering both our homes and the battlefield. I wish the Roomba was as charming as Ember.