Remember the classic episode of Futurama where Fry has to save the planet from “Invaders! Possibly from Space?” Pretty soon, you’ll be able to take down those aliens while listening to your own all-Rush mix tape while chugging a 2-liter bottle of Shasta too. 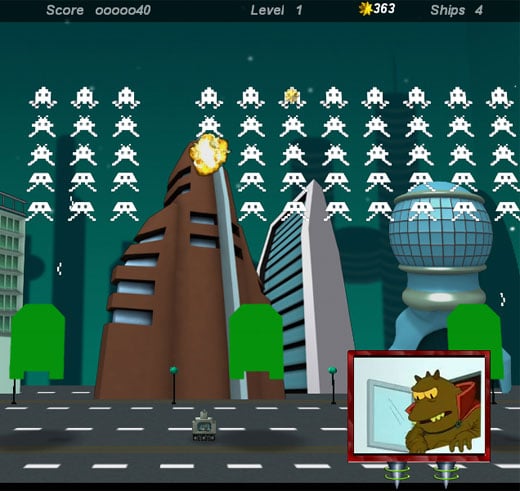 Retro game maker/Futurama fan Shinobi is putting the finishing touches on a playable homage to the hysterical scene that features aliens from the planet Nintendoo 64, ready to bear down on Earth with all three of their different kinds of ships. The game is still a work-in-progress, but Shinobi has been kind enough to post a brief video clip of the game play.

There’s no word yet on when you’ll be able to download the game, but it’ll be available over on Shinobi’s Place in the not too distant future (hopfully, we won’t be waiting until the 31st century). In the mean time, sit back and enjoy the original clip from Futurama, courtesy of Comedy Central.