A while back, I told you guys about a strange little PS3 puzzle game out of Japan called Gomibako. At the time, there was no indication that the oddball trash-stacking game would ever have any hope of making it stateside. So I was grinning from ear-to-ear when I got a message from Sony today that says that the game is now available on the U.S. PlayStation Store – under the new title Trash Panic. 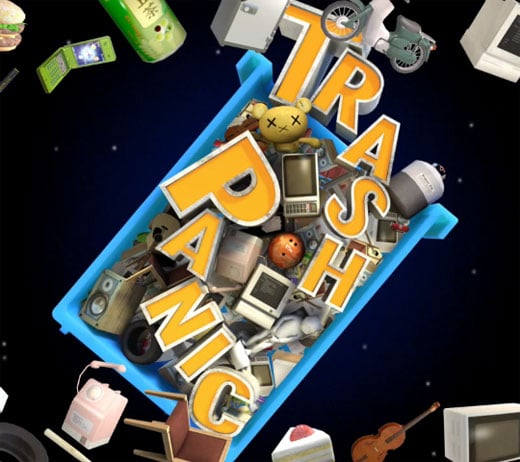 The main objective of Trash Panic is simple. Just stack the falling garbage inside your garbage can as efficiently as you can so it doesn’t overflow. I kind of like to think about it like a sort of alternative-universe sequel to Katamari Damacy, in which you’re tasked with cleaning up all of the mess the Prince left behind. 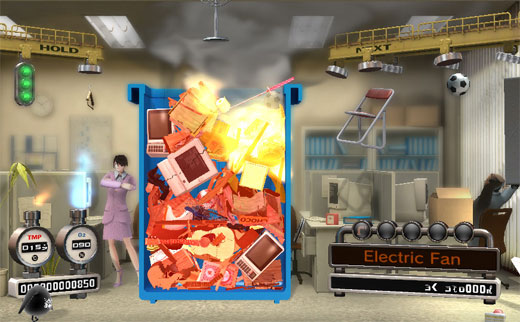 At first you might think the game appears easy. But you have to realize that every single object has unique physical properties. Some items break on impact, some bend, some burn, while others start fires that burn the other trash, and others still dowse out the incineration. The game plays sort of like Tetris, but the physics, fire and water add a whole new dimension to the challenge. And the fact that the objects don’t neatly sit on top of one another really makes it tough.

So kids, don’t go off and try incinerating actual garbage after you play this game. I know you want to, but don’t. But I digress. Here’s a quick video of the game in action. I’m sure you’ll agree that it looks like a total blast:

Trash Panic is available for download now over on the Playstation Store for just $4.99 (USD). Download it today, and do you part for cleaning up the planet.