Combimouse: if It Ain’T Broke, Break It

The Combimouse was invented by Ari Zagnoev. Like its name implies, the Combimouse combines a qwerty keyboard with a mouse, resulting in a wtf-inducing, but allegedly functional bizarro thing. The idea behind the Combimouse is to create an “effortless transition between keyboard and mouse operation” by integrating the mouse into the right half of the conventional keyboard. Enough of that crap. I know you just want to see what it looks like: 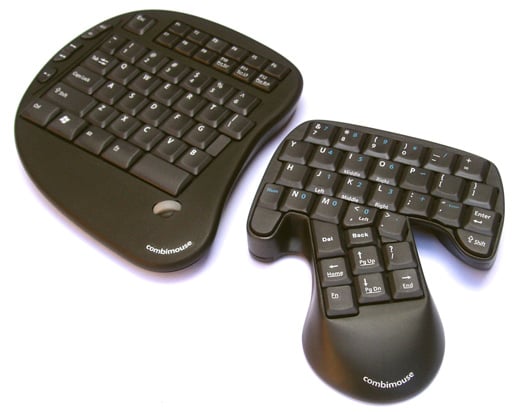 Seriously though the Combimouse apparently performed well in a test conducted by Wichita State University; the test concluded that the Combimouse works as well as a conventional mouse and actually fared better than trackball mice, but as you may have expected, it wasn’t as good as normal keyboards because of the awkward placing of some of the keys. 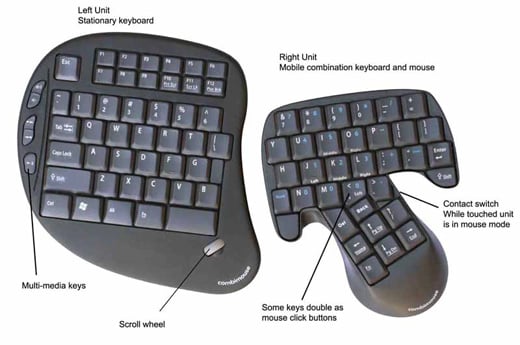 While I can see how easy it would be to shift from using the right…thingy as a keyboard and then as a mouse as opposed to moving your arm away from a keyboard to grab a conventional mouse, I think the design is too biased on its mouse aspect. Aside from the unusual layout, the right shift and enter buttons are way too small for my taste. The keys that double as left- and right-click buttons are too small as well. 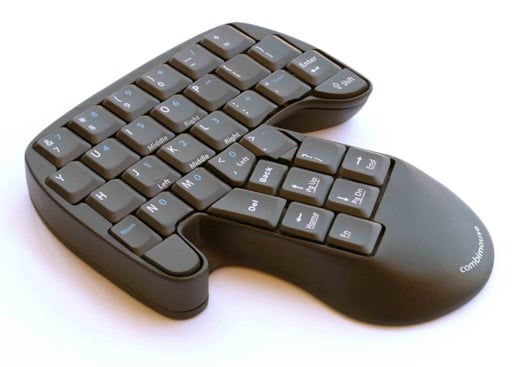 And the Combimouse is useless if you use your left hand to control mice. And it’s ugly. Sorry. It had to be said. The company behind the Combimouse is still looking for investors so they can’t say when – if ever – the device will be available. Hopefully I’ll be proven wrong. I probably won’t.

Also, to the makers of Combimouse: dear sirs and madams, the next time you make a video “demonstration” of your device, please demo the thing in actual usage, as opposed to just showing a disembodied hand type on and move your gadget randomly. It makes for a funny video, but I don’t think you were aiming for that.

Check out the Combimouse website for more details. I bet the guys at Brando wish they’d thought of this first.