Modder/droog/man of the moment David Penfold aka Mremulator was inspired by an award-winning custom rig and decided to go totally bolshy yarblockos with his own build. First he picked orange and black for the colors of his SilverStone TJ07 computer case – which incidentally was the same model used in the custom pc that inspired him  – and came up with the theme later: A Clockwork Orange. And so Overclocked Orange was born. 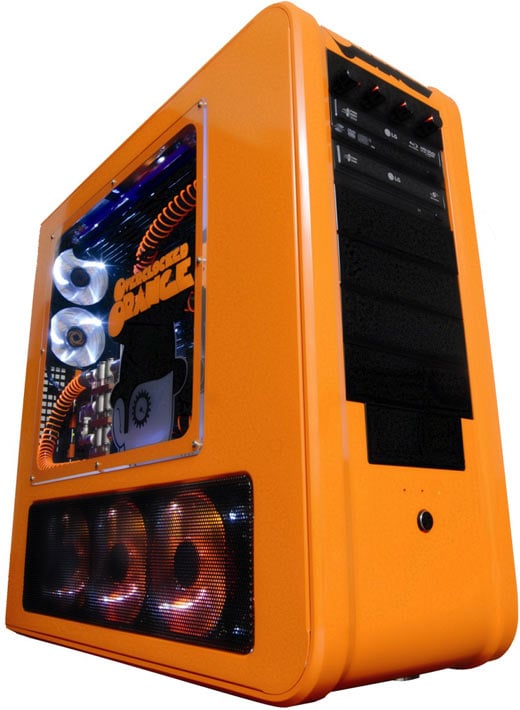 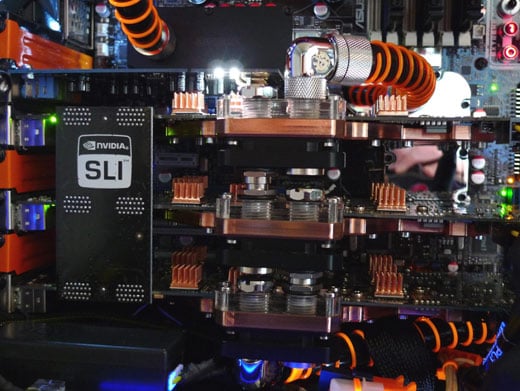 A lot of the parts were customized either by Penfold himself or by WCUK. Penfold also did a lot of cable organizing, some of the painting, and Fast Signs took care of the viddy well done vinyl art. 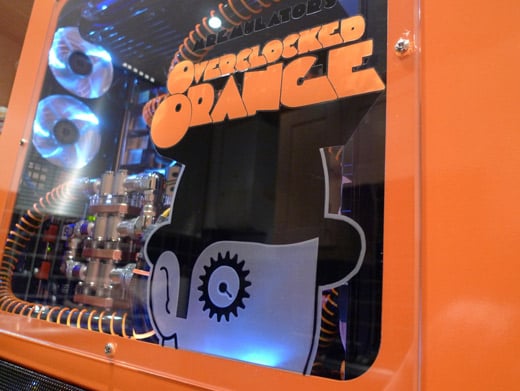 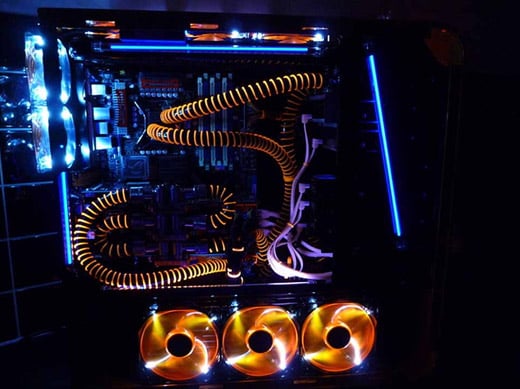 After all the super fun building and spending of monies, Penfold went and shared his creation to the Custom PC forums. Internet fame ensued. 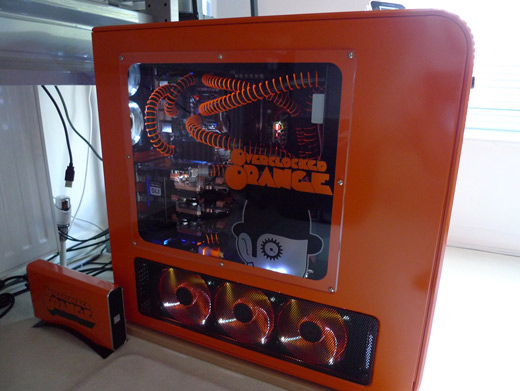 Then the BBC called him up and filmed him and his baby for a tech feature. And now Penfold and Overclocked Orange are here. A bit of a step down I suppose, but who cares about that. Publicity is publicity, and this custom rig was built to be flaunted. Our hats off to you, Mremulator.