Rock Band is missing a lot of rock bands that seem like obvious inclusions, and one of them is the longlived band Green Day. But not to fret, fans–the trio is on its way to a set of little plastic instruments near you. The question is, are we getting a full length Green Day game, a la the coming Beatles and Pearl Jam games? 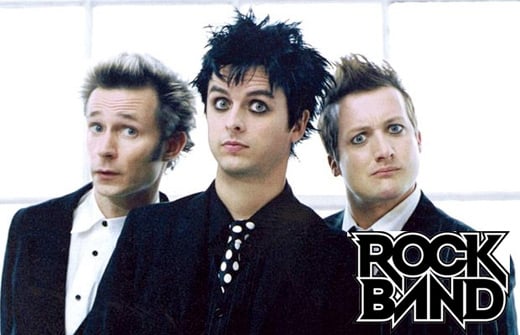 This new speculation comes after an interview with LA station KROQ conducted with Billie Joe Armstrong, in which the frontman said, “Uh yeah, we’re doing a whole Green Day Rock Band… uh.” And when asked about the timeframe, he said. “I’m not sure… soon. Like I think not this week, but this year soon… by the end of this year.”

So, we have a pause and an “uh,” which seems a fair foundation to base rumor and speculation that this is more than a trackpack on. But a full game coming soon, from the sound of it? Was Armstrong being mysterious, or are mountains being made from molehills here? Either way, Green Day is coming to Rock Band… in some capacity.