The word “nano” got thrown around yet again as InnoDisk gave the world a glimpse of the future at the recently concluded Computex exhibit. This time it’s a solid state drive we’re talking about. So is it worthy of being called a nano SSD? See for yourself: 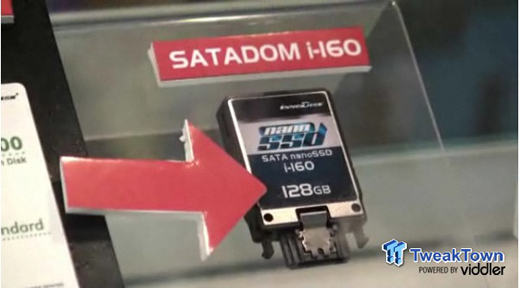 Damn. That’s 128 GB in a box just a bit bigger than a wristwatch. The nano SSD has a maximum write speed of 160 megabytes/sec, and read speed of up to 150 megabytes/sec. To give you a better idea of how nano it is, here’s the full shot, with the SSD compared alongside a 3.5-in HD and a 2.5-in SSD: 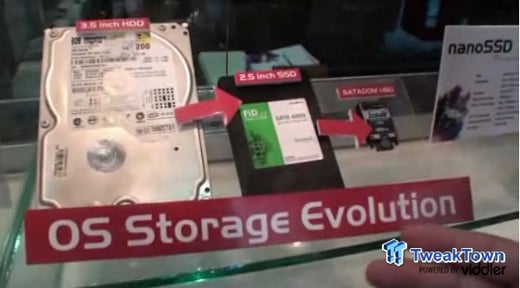 InnoDesk also showed that the tiny drive can take a beating too; they setup a motherboard with the nano SSD hooked up to it, and subjected it continuously to 20gs of “accelerative force.”

I wasn’t there so I don’t know how InnoDisk proved that their drive survived the test, but apparently it did. Let’s just believe them for now and imagine a future with tiny computers and even tinier PMPs running on nano hardware like this. Mmmmm. The future looks expensive. And tiny.