Kawasaki 1400 GTR Motorcycle to be Equipped With Nightvision, Helmet-Mounted HUD. No Weapons Though

Kawasaki’s upcoming 1400 GTR may just be the world’s most technologically advanced bike on the planet, surpassing even the Blue Hawk and the Battle Hopper. Kidding. Expected to be unveiled this coming autumn, the 1400 GTR will be equipped with 2 infrared cameras on its rearview mirrors, giving the rider night vision, which can be displayed either via an onboard LCD or via a heads-up display that will be integrated into a helmet. Now I’m no engineer or designer, but won’t the HUD be too distracting? 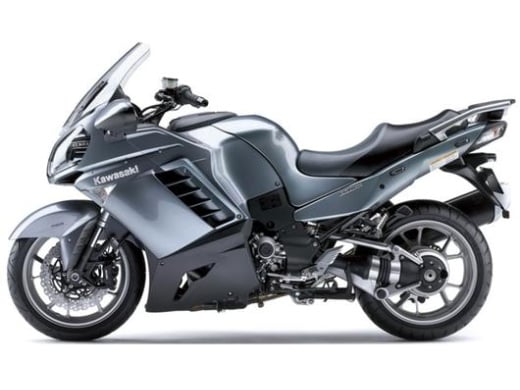 According to gizmag‘s Ben Purvis, the infrared cameras can detect heat signatures up to 300 meters (almost 1000 feet) away. The range  of the cameras is also going to be used in the 1400GTR’s collision avoidance technology, which is basically an (ultra) early warning system that alerts drivers of possible obstacles up ahead. Purvis adds that the warning may come in the form of a Bluetooth alarm that’s also mounted on the rider’s helmet.

We don’t have pics of the HUD or the high-tech helmet, so for now we can still hope that maybe, just maybe, the headgear will look like Shaider’s. or the one from Daft Punk. No not that one. The other helmet. The cooler one.