Fairytale Fights will almost certainly be remembered. It’s all about using one fairy tale legend to beat up other fairy tale legends, in crazytown stages based on fairy tales, all while wielding the most ridiculous weapons imaginable. But will it be known as the point at which the hack-and-slash really jumped the hell out of that shark, or as one of the most hilarious ideas ever? 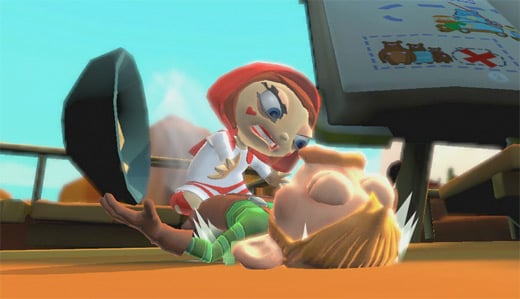 The teaser trailer has me thinking it’s the latter. Little Red Riding Hood’s bouncing gait is certainly silly, and considering the game included lollipops as weapons and encourages the slicing off of limbs for hilarity’s sake (dynamic slicing! it’s a selling point!), all signs point to a game worth watching.

So sweet. So innocent. So psychotic. So short on a release date, as in there isn’t one. Yet.