No Psp Trophies Because of Absence of 2nd Analog Nub *Kidding* Because of Piracy.

Joystiq asked Eric Lempel, Director of PlayStation Network Operations, if Sony would ever bring Trophies – the equivalent of Xbox 360’s Achievements – to the PSP. Upon hearing the question, Lempel fell on his knees and screamed, “Daaaamn youuu Salazaaaaaar!” No. He did not; Lempel only said: “You’re not going to see Trophies on the PSP.” Why? Give me a P! Give me an -iracy! 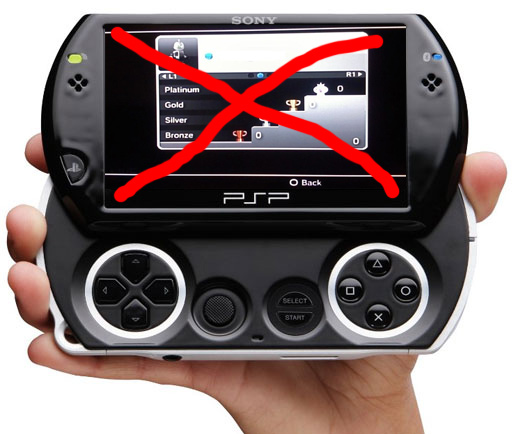 Sony isn’t treating everyone like pirates in this case. As Loot Ninja explains, the company is just preserving whatever “value” the achievement (it is what it is) system has. Because everyone in the known universe knows that the PSP has been haXX0r’d to death and beyond, Sony is afraid that a Trophy system on the PSP will only be hacked as well, and if so people will be able to unlock all the Trophies without actually fulfilling the requirements. That of course will devalue the poor system. Sad.

What’s even more sad for Sony is that the ChickHEN custom firmware has been polished for end users, and is now on the Internets, officially ending the reign of the homebrew- and pirate-free PSP 3000.