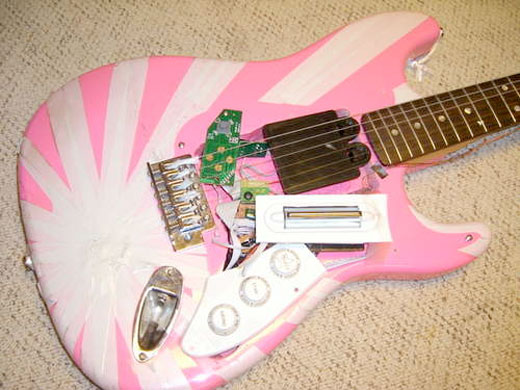 The genius of this particular mod (beyond the fact that it’s a guitar) lies in the way the guitar is utilized. Not only does the conversion not affect (much) the guitar’s primary use–you can still play it–but when used as a controller, it operates in much the same way as the actual controller. Press the frets on one, press the frets on the other.

There are plans to expand the project further, as though this isn’t cool enough.

Holding Out for a (Jedi) Hero