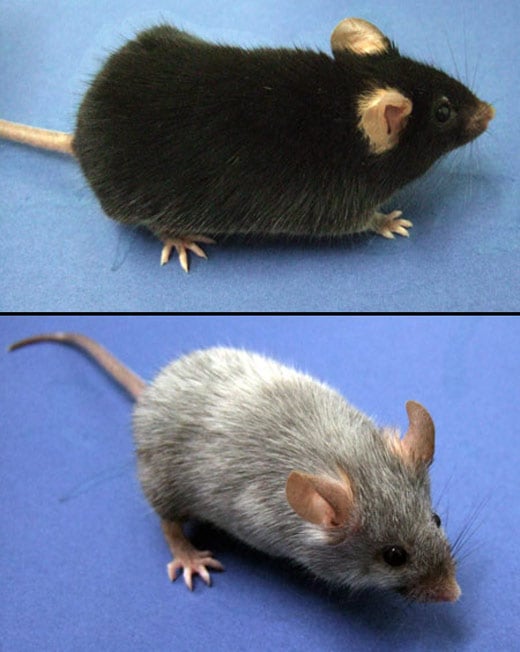 The experiment was conducted by dermatologist Emi Nishimura in 2004. She exposed mice (their hair also grays with age) to genotoxic stressors – things that can damage our DNA – such as  chemotherapy drugs and x-rays. The hair of the mice turned gray, and as Nishimura said, “the stressed mice’s gray hairs and the cell populations in their follicles were indistinguishable from those of elderly mice, suggesting that genotoxic stress might drive natural graying as well.”

So what does all of this mean? Oncologist David Fisher says that while it’s very strong evidence that the things we encounter everyday – radiation from the sun, household chemicals, perhaps even the medicine we take – can all damage us at a genetic level, the experiment doesn’t prove that emotional stress can damage our DNA or induce premature maturation of our cells.