Custom Xbox 360 Speaks for Itself

Some folks, when they make something as great looking as this custom Xbox 360 console, they give you the skinny. The rundown, if you will. A list of specs. A retelling of the effort, the hours that went into their craftsmanship. Not this guy. Nope. deviantARTist EvilDan is ready to let this one speak for itself. 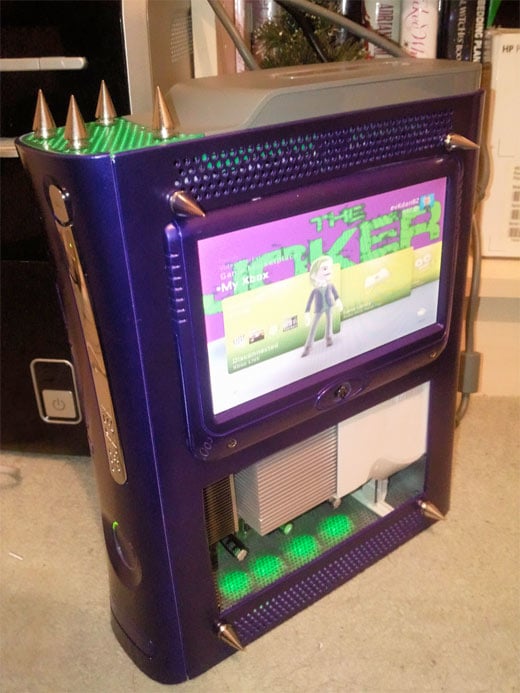 The purple and green color scheme is nice, and the spikes are a great touch, but the killer thing here is that screen. And look! Even the avatar matches the console. That’s attention to detail there.

EvilDan has a number of custom items on his deviantART page, but this one is certainly the most eye-catching. If only there was any more information about it!