Mitsubishi’s L65A90 LaserVue 65-inch Rear Projection HDTV is the world’s first laser-powered television, and the company claims that its laser-lit DLP delivers twice as many colors as the now stupid and old LCD and plasma HDTVs. If I may quote the L65A90’s tech specs…  “Twice the Color Over 200% of HDTV.” WOW. Twice and over 200% in one sentence? This TV must be made of crystallized awesome sauce. 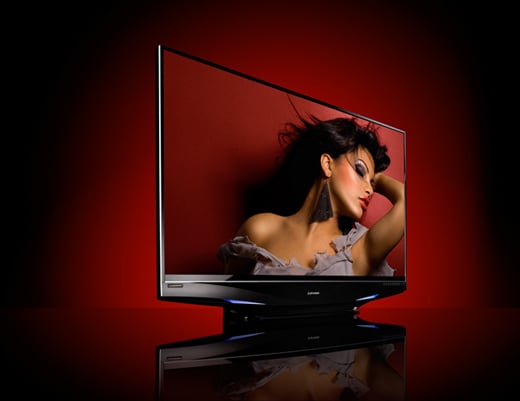 The L65A90 is so awesome that people who don’t even own the thing are giving it ZOMG LAZERZ! customer reviews

. I’m not kidding. And what’s not to love? Naturally, the LaserVue supports full 1080p resolution for a super sharp HD picture. It’s got a viewing angle of about 160 degrees, it’s 3D-capable, and come on, it’s 65 inches of laser powered HDTV with twice the color over 200%! Plus it has 4 HDMI inputs, and it can detect inputs as they are plugged in, thanks to it’s Easy Connect feature.

The L65A90 is energy efficient too: it consumes only 135 W; Mitsubishi claims that that’s half of what comparably-sized LCD TVs would consume, and a mere third of what Plasma TVs gobble. 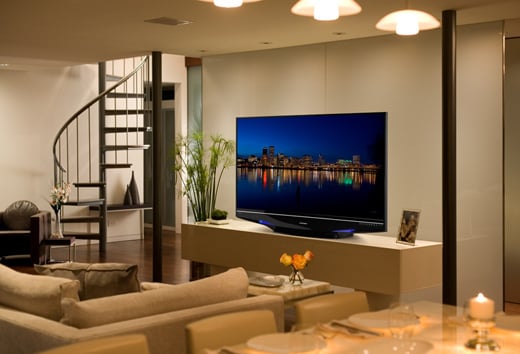 But its $7,000 USD price tag negates whatever customers will save off the electricity bill. Then again, if you’re rich enough to afford a $7,000 TV, I don’t think you care if it’s energy efficient or not. The important thing is that it’s a World’s First Something Something, and it has twice the color over 200%. Tell your butler to get three Mitsubishi’s L65A90s at Amazon; one for you, one for him, one for me.