Aperture Science Van Tooling Around, Scaring the Hell Out of People [Portal]

Somewhere out there, one dedicated Valve devotee is driving around in a sinister white Aperture Laboratories van, thrilling and terrifying random people. Imagine: you’re just walking your dog, minding your own, and suddenly, this van. 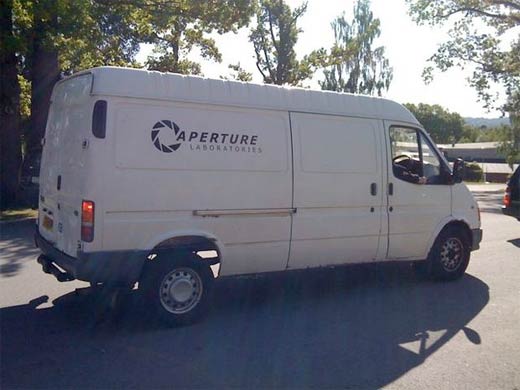 I can’t decide if I would run the hell away or start high-fiving random people. Each reaction is equally likely at seeing an Aperture Science van, especially one that looks so official. Portal: the game that really sticks with you. Or follows you around, watching your every move.