Are You a Debian Nerd? Then You Can Play NES on Your Palm Pre, Double Literally

Do you know what a chroot is? No? Then let’s file this under Cool Shit We Don’t Understand, because I have no freaking idea either: A bunch of cool nerds at Pre Dev Wiki (motto: “Let’s open this beast up”) have managed to coerce the newly released iPhone rival Palm Pre to run the popular NES emulator FCEUltra. They then decide to taunt us lesser mortals by posting instructions for the hack, knowing full well that we can’t read their language. Programming language that is. 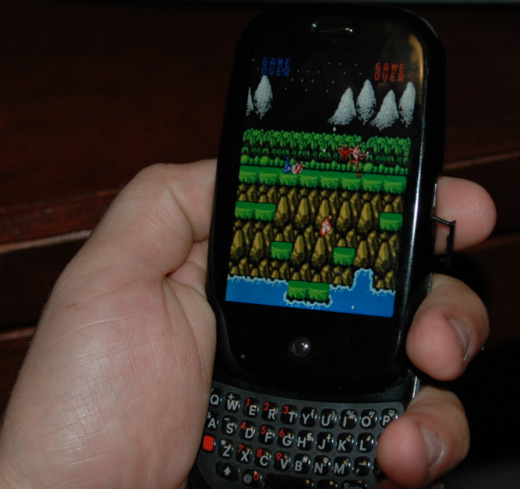 Mounting Debian on the Pre is one thing, but typing a command in the damn chroot before and after playing a game? Good god. And just to rub rock salt onto our fresh, fresh wounds, they made a demo video too. *sniff* ‘Snot fair.

On second thought, I actually don’t care because I can easily have NES, SNES, GBA and PSX emulators on my PSP all at the same time. Ha! Take that chroot.