I’m not a particularly huge Star Trek fan–not the dressing-up kind, just the appreciating, occasionally-watching kind–but even I have to say that this is probably the most awesome crib in the history of cribs. If Cribs was about cribs instead of cribs, this would have its own show, even though it’s a cradle. 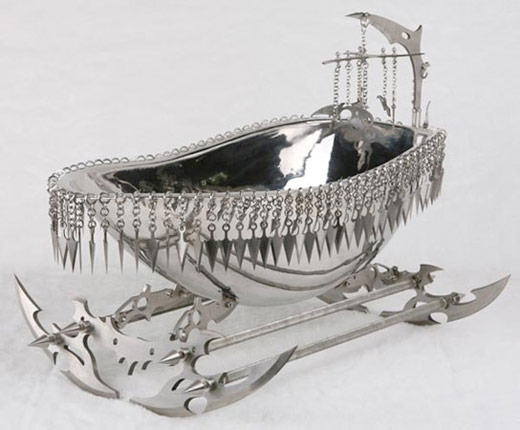 Not enough for you? How about the Klingon rocking horse, for parents who want to ginsu their babies: 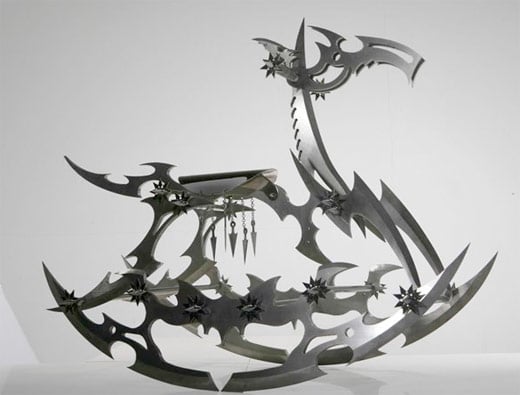 Or the Klingon baby rattle, for parents who want their children to ginsu them: 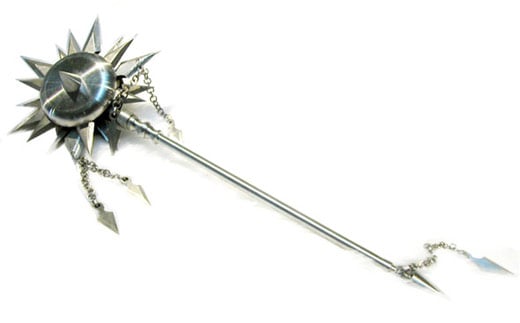 It’s a good thing these are part of an art show and not actual baby products, because you know someone would buy them. When it comes to that rattle, that someone might be me.