Though I’m not at all certain that a Red Ring of Death is something to celebrate, per se (they’re usually occasions of anger and misery in my neighborhood), I suppose it’s nice to take something awful and turn it into something cool. Or rather, something that helps keep condensation off your nice table. 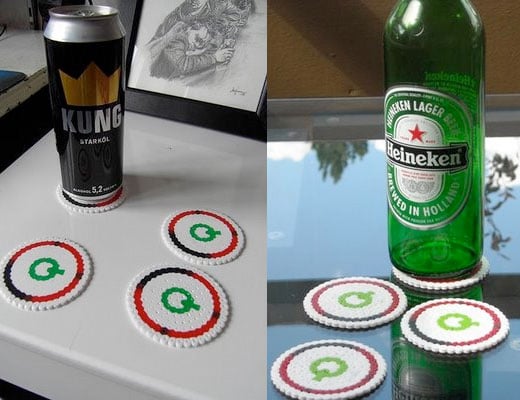 The first set of beaded coasters turned up on Flickr, and it was such an awesome project that it spawned the second set in imitation. Killer game crafts are always better in pairs.