Conny Q3 Sports Game Console: if Wii was Round

No, this oddly-shaped pink gadget isn’t some sort of sex toy. Unless you think that playing with your Wii is a stimulating experience. 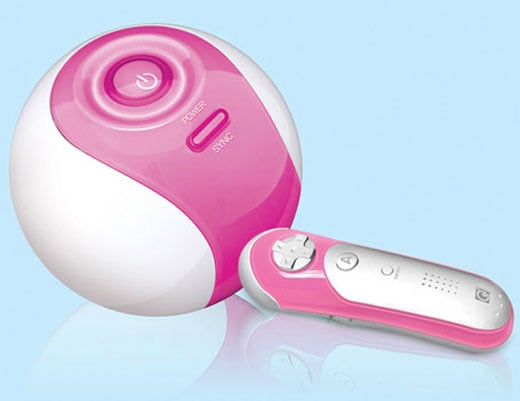 What you’re looking at here is the Conny Q3 Sports, a video game console out of China that’s designed to play like the Nintendo Wii, but for a whole lot less money. While the Wii will set you back $250 smackers, the Q3 Sports sells for just $99 (USD), including 5 games. 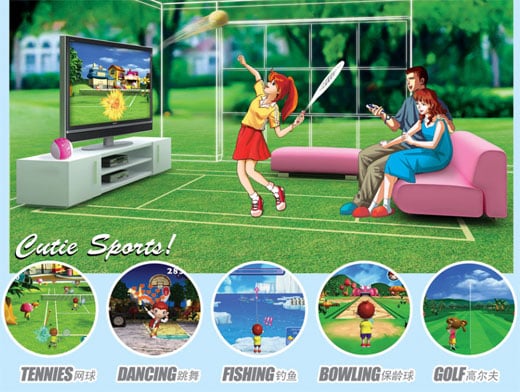 While the Conny Q3 does include a wireless 3D motion-sensing controller, it’s definitely not a full-fledged Wii competitor. That’s because it plays ONLY those 5 games, and that’s it. If you don’t like dancing (aka “Hot Dance”), fishing, bowling, golf or tennies you’re S.O.L. Yep, that’s right it plays, tennies. Apparently they couldn’t afford to include tennis, so they had to settle for that instead. At least it’s got Cutie Sports! 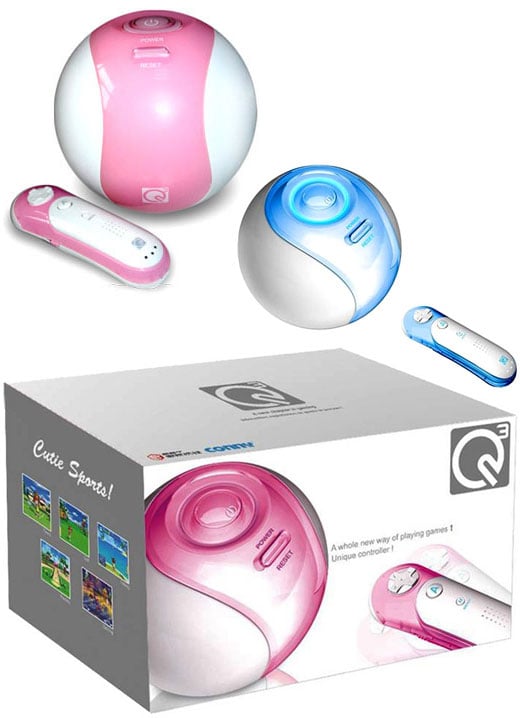 The compact orb-shaped console comes in either pink or blue, and claims to run on a 32-bit CPU that’s capable of running on just 3 AA-batteries, so the console is actually portable. Still, if you really can’t afford to buy a Wii, I say save your money until you can. I managed to dig up a video clip of the Q3 in action in case you still need any convincing. Be warned, the video is playing from a Chinese video site, so may be a little slow to load…

If you couldn’t get the video to play, you’re not missing much. I suppose if you’re really desperate, head on over to DealExtreme and plunk down your $99 bucks. Just don’t come crying to me when you’ve mastered dancing, and all you’ve got left is a match of tennies.