I love the new Gamespy. Who else loves the new Gamespy! Before they were just another video game site, with previews, reviews, and tons of ads, except that they had Flintlocke. But now they have so much more to offer. And Flintlocke is still there,still stupid, and still funny. I just wish they had a back button or something, to make it easier for viewers to peruse the annals of their awesomeness. That being said, here’s something from one of their more awesome original content,  a list made by Robert Brockway about the real life versions of video game weapons, and the imaginative (some might say insane) geeks behind them. 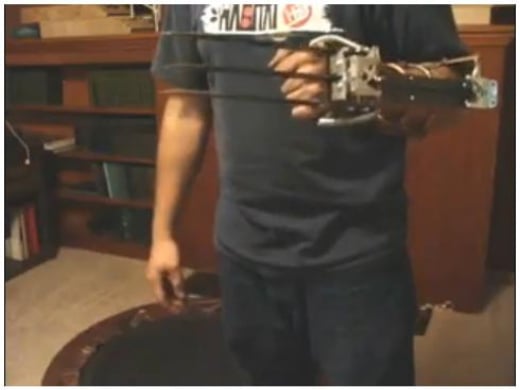 Here’s my favorite on the list, a real-life Buster Sword. Watch the video and then think of how Cloud just twirls the goddamned thing around after every battle.  Cloud be strong.

You have to love the dissonance between the music and the action on screen. Head on over to Gamespy for the rest of the article, which also features a real-life rifle lancer from Gears of War. Yes, it’s a real,working rifle with a real, working chainsaw attached to it, a combination akin to “stapling a shark to a bear.”