Described by its creator as “Victoriana meets Glam Rock,” this is definitely a contender for wildest laptop case ever. One part pre-bought hard case, one part rhinestones, and one part pom poms equals all parts awesome… and completely unique. 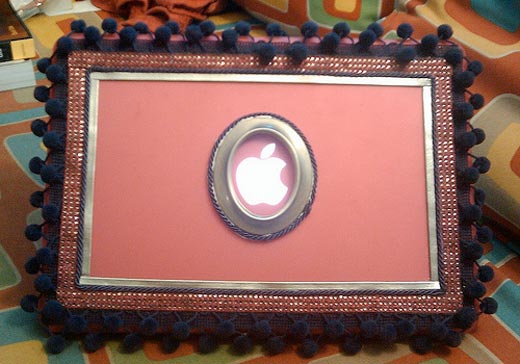 Craftster onceupon was happy with her laptop case until one day when she thought that everything just might be better with pom pom trim. From there the project took inspiration from Victorian photo albums… but why limit oneself to traditional materials when there are rhinestones lying around? 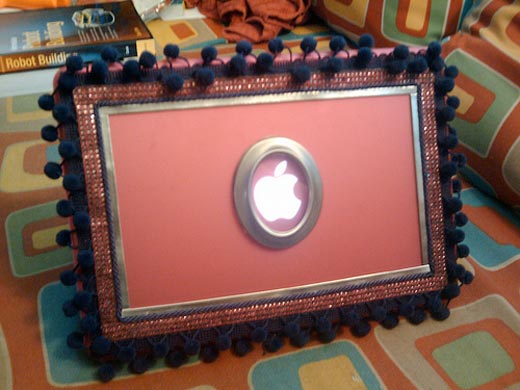 If you’re interested in doing something similar, it doesn’t sound very difficult, thanks to the brief how-to posted on the project.