Shortly after hearing about HP’s Photosmart Premium with Web Touch, the world’s first printer to have its own apps, we now have Vizio announcing that their high end XVT (Extreme Vizio Technology, if you were wondering) line of LCD HDTVs will have their own internet apps as well. Yes, this is what HDTVs are for: Twitter and Facebook in 1080p. The internet-ready XVT line can connect via Ethernet or WiFi (802.11n dual-band), and will come with “a customized Bluetooth universal remote control with sliding QWERTY keyboard for easy thumb-typing.” Sweet. 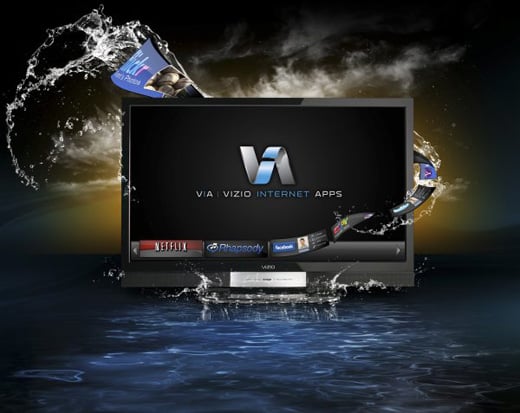 Vizio has already confirmed the support of several content and service providers aside from Facebook and Twitter, such as eBay, Flickr, Netflix and Vudu. Currently, the only XVT series on sale is the 55″ VF550XVT LCD HDTV. You can order one at Amazon