Serious Sam is Back, Getting Down to Business on Xbla

Nearly a decade ago, Croteam, a team of six developers in Croatia got real damn serious about making a first person shooter, and the resulting hero is the stuff of cult legend. Serious Sam has everything that makes great shooters really great: crazy weapons, major fights, and a sense of humor. And now the hero is back, and heading to Xbox Live. 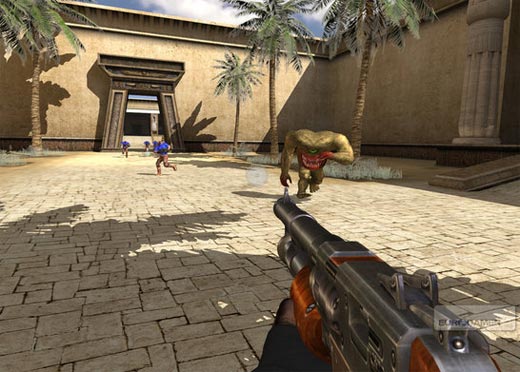 Serious Sam: The First Encounter is getting an upgrade, a polish, and the letters HD attached to its name for its release later this summer. The revamped shooter will sell for 1200 Microsoft points, which is a steal for such a giant pile of badassery.

[via The Escapist and Eurogamer]