Pocket projectors are starting to pop up everywhere, but this is the first time I’ve seen one that’s designed to work so seamlessly with the iPhone and iPods. 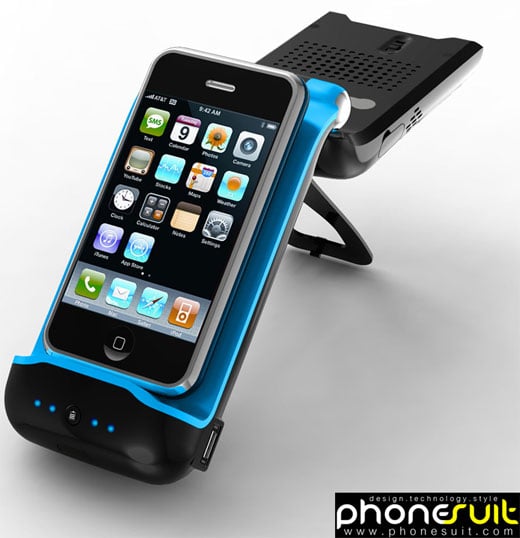 Phonesuit’s upcoming MiLi Pro projector combines a pocket-sized projector with the practicality of a dock. Just set your iPhone or compatible iPod into the dock connector, and you can project images up to 40-inches diagonal directly from the video files on your portable media player. (You can actually go bigger, but the brightness will drop off significantly.) 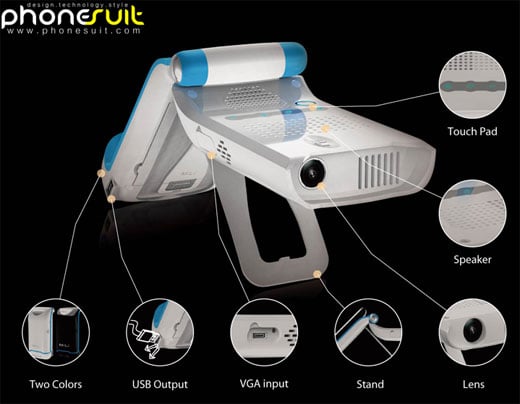 Under the hood, the MiLi Pro is powered by LCOS technology (which doesn’t have any of the annoying rainbow effect that some DLPs have), along with an LED illumination source. Maximum resolution is 640×480 (480p), which is fine for DVD quality playback. In addition to the iPhone/iPod dock, there are inputs for both composite and VGA video, as well as an RCA audio input. 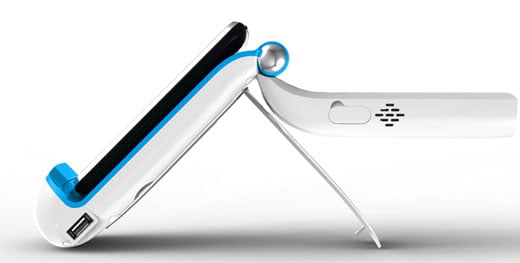 The projector also has an integrated speaker, and can be operated without cords thanks to a built-in rechargeable lithium-polymer battery pack. 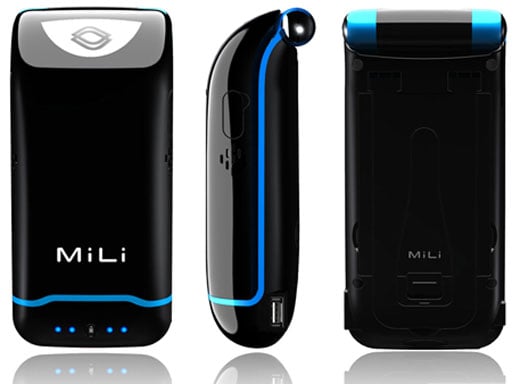 From the looks of things, the MiLi Pro looks really well thought out, providing a stable platform for your media player and for the projector itself – something sorely lacking from most pocket projectors to date. PhoneSuit expects to start shipping the MiLi Pro in September 2009 but hasn’t announced pricing yet.