Introduced in the early 1980s, three models from HP’s much-loved 10c series calculators get a savvy transition to the 21st century with their iPhone app counterparts. The 12c and the 12c Platinum are both financial calculators, while the 15c – an out of production calculator so in demand 2nd hand units sell for as much as $400 bucks – is a high-end scientific calculator. The calculators are programmable as well. 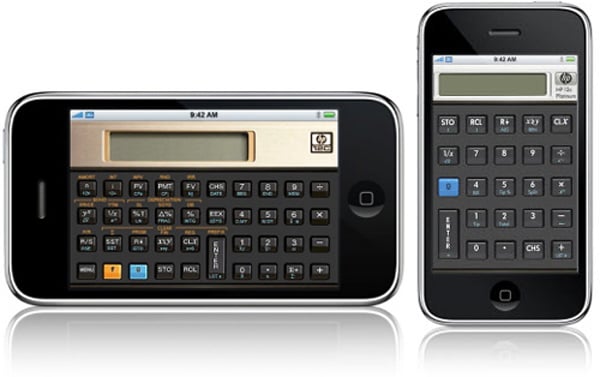 Mmmm sexy. Taking advantage of the iPhone’s accelerometer, the calculators have a simplified version accessible when viewed vertically; the landscaped version gives you their full functionality. The apps actually use the original ROM code, but because of the iPhone’s superior specs they run faster than their real-world counterparts. Unfortunately, good looks plus ultra geeky functionality make for high prices: the 12c sells for $12 (USD), the 12c Platinum is $20 and the 15c is $30, although I’m pretty sure they’re still cheaper than the real ones.

[via Macworld via The Raw Feed]