The Shuttle X50 is a sleek, flat panel all-in-one PC – and now you can order one in a barebones configuration, which lets you put in your own choice of operating system, storage and memory to save a little money. 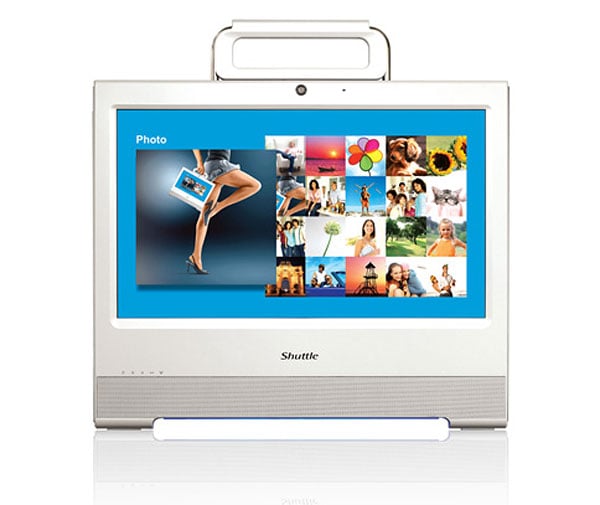 If you’ve never seen the X50 before, it’s really a nice looking little PC. The 1.4-inch (36mm) thick system has a dual-core Intel Atom 330 CPU, and thanks to a pop-out handle, it’s portable enough to carry around like a laptop. 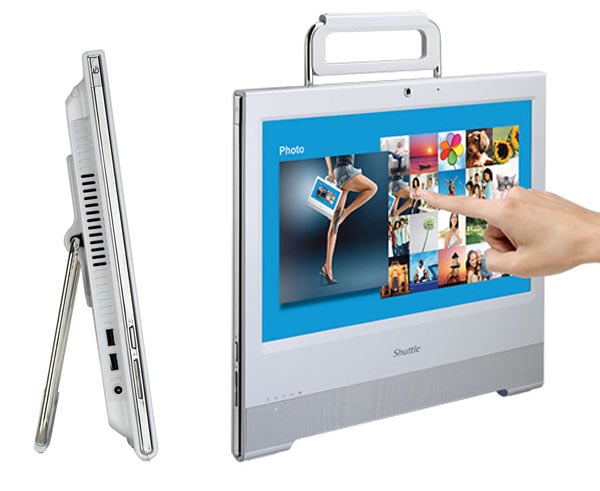 The system has a 15.6-inch diagonal display with a touchscreen that can be used with either your fingertip or a stylus. There’s also a built-in webcam and microphone, stereo speakers, gigabit ethernet, 802.b/g/n wireless networking, and a media card reader. And if you don’t want to put the X50 on your desktop, the system can be easily hung on the wall thanks to a flexible VESA mount.

You can find the barebones version of the Shuttle X50 over at Provantage for $423 (USD). If you’d rather just have one ready to go, they’ve got complete systems, with the Linux version selling for $543, and the Windows version for $634.