The Gundam statue isn’t even formally exhibited yet and we already have news on another 1:1 scale giant robot statue that will be built in Japan! Widely acknowledged as the first giant robot ever to be featured in manga, Tetsujin 28-go (“Iron Man 28”) is finally going to live up to its Westernized name, Gigantor. 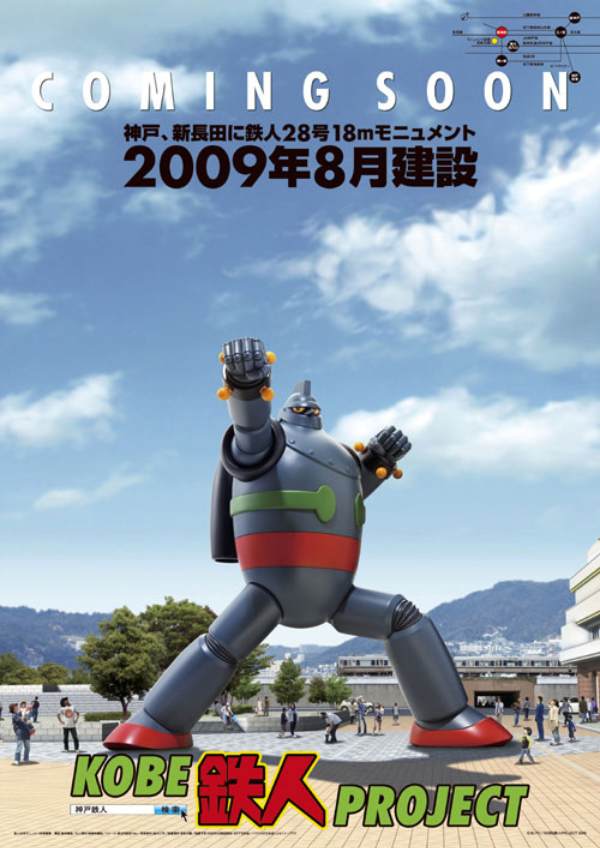 A 59-ft (18-m) statue of the grandfather of giant robots will be installed in Kobe’s Wakamatsu (“A giant robot statue will be placed here after the giant Gundam statue is finished”) Park. I don’t really know why it’ll be built there but I think it’s because the creator of Tetsujin 28-go, Mitsuteru Yokoyama, was born in Kobe.

If all goes as planned the statue will be finished in September and formally unveiled in October. Also, the statue will be permanently installed, unlike the Gundam statue which will be dismantled in August, a decision that is in my opinion the biggest mistake that Japan will ever make in the history of the universe. Why would you remove something so awesome?! Seriously. 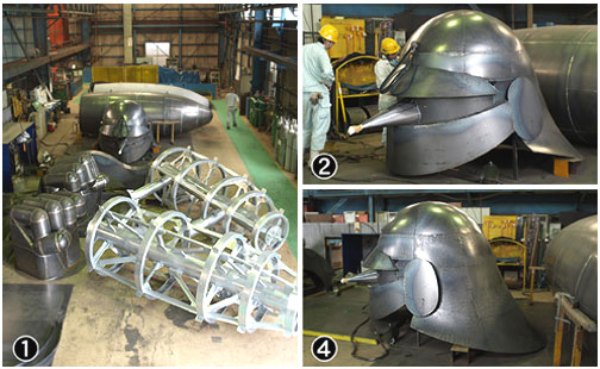 Unfortunately, unlike the edgier Gundam statue in Tokyo, Kobe’s giant robot will have no moving parts. Probably because he’s so old he can barely stand up. heheh. But it does have a more awesome and battle-ready pose. If we push it and the Gundam statue towards each other Tetsujin 28-go win because he’s already in a punching stance. Naisu! Here’s a video of the on-going construction of the statue.

Check out ToysREvil for more pics and details on the statue. Voltron statue next please!