Got one of those Texas Instruments graphing calculators? This nifty little program for  TI-83+SE, TI-84+, and TI-84+SE calculators lets you play Nintendo Game Boy games instead of doing your math problems. 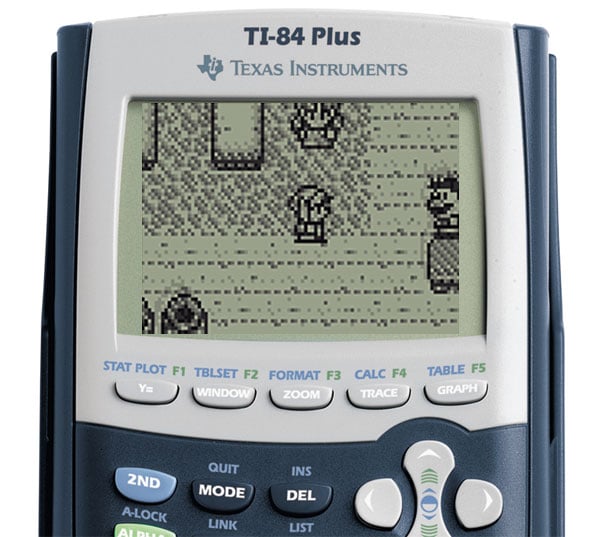 Written by Brendan Fletcher (aka “calc84maniac”), TI-Boy SE is a Game Boy emulator that runs on TI’s Z-80 based graphing calculators thanks to similarities between the CPUs of the two systems. The emulator includes three zoom modes, two sprite tracking modes, grayscale or black-and-white palettes, two-channel sound and even can save and load games. Right now it only supports a handful of games, including Tetris, Zelda – Link’s Awakening and Kirby along with homebrew games. Emulation speed is a bit choppy, but what do you expect for an Alpha 0.0.2 version number. I’m sure that TI-Boy will only get better and faster with time.

If you’ve got a TI-8x calculator, head on over to GameboyDev and grab the installer. There’s plenty of good discussion going on over on the Omnimaga forums too.