Here’s an odd little gadget fresh from Japan. It’s a digital pedometer with a twist. Instead of just measuring how many steps you’ve walked, it has you play a little Samurai game as you amble along. 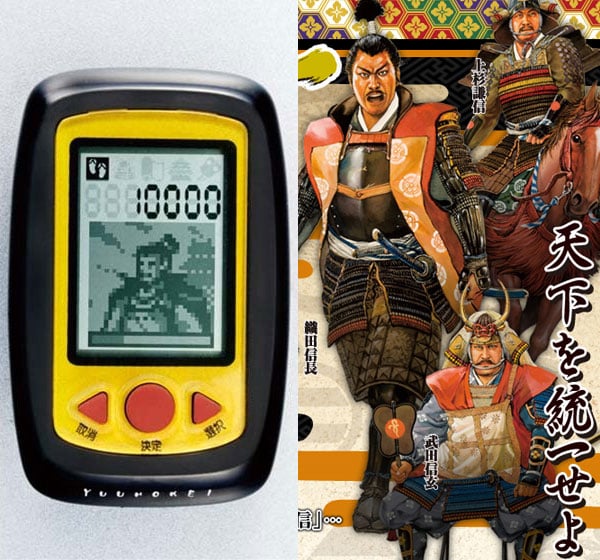 From what I can tell, Bandai’s YUU HO KEI pedometer game involves ordering your foot soldiers out to battle with you – by making them walk – and then walk some more. The more distance you cover, the closer your army gets to the battlefield, and the closer you get to becoming a Samurai master. 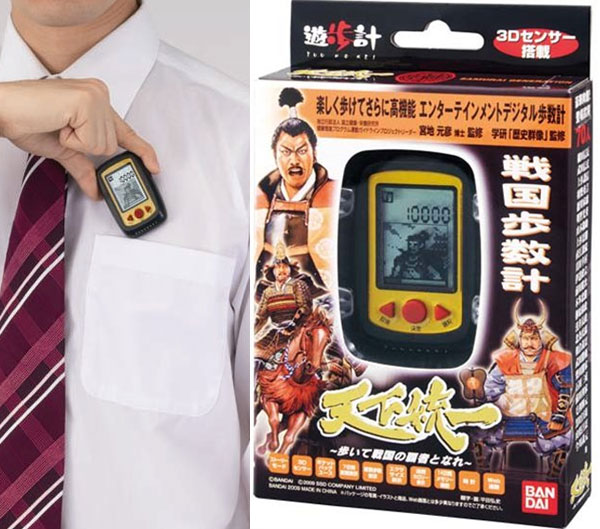 But this pocket-sized gadget isn’t just for fun. It actually seems like a pretty nice pedometer, capturing data from your activity, and letting you upload it to Bandai’s website so you can keep track of your progress – a la Apple’s Nike + iPod kit. And it doesn’t just use a cheap motion sensor to figure out your footsteps – there’s a true 3-D accelerometer under the hood. Those Samurai warriors were sure crafty buggers. 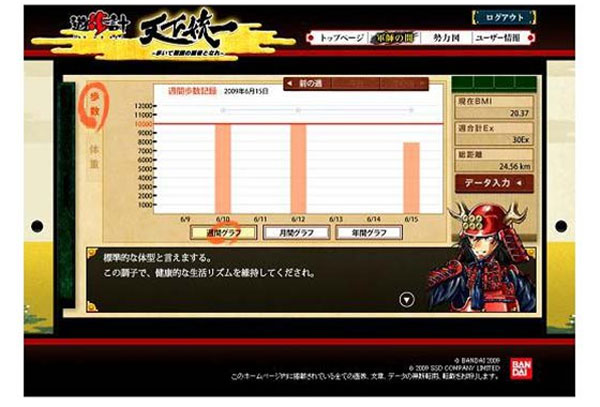 No word on if or when you’ll be able to find this thing outside of Japan, but if you happen to live there, you’ll be able to grab one from the Bandai online shop for ¥4725 (appx. $49 USD) when it’s released later this month.