This weensy little computer is so small that you might accidentally misplace it if you’re not careful. 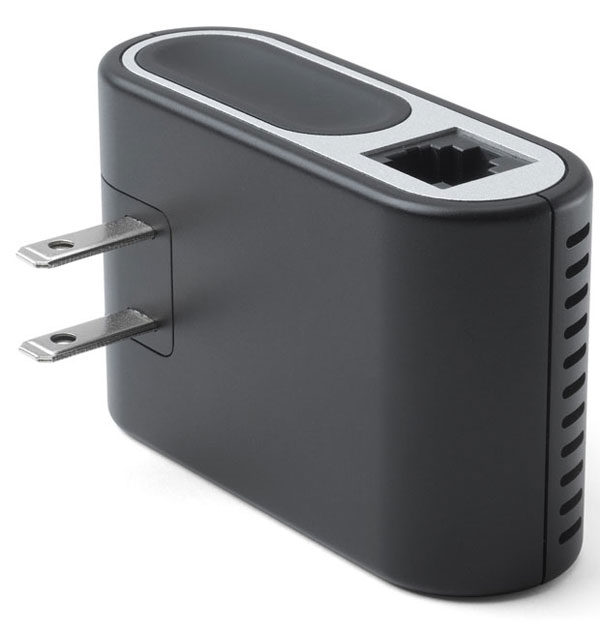 The oddly-named Marvell Sheevaplug (I think I went to college with him) is about the size of your average gadget’s power adapter, but it actually contains a complete computer (sans video output). The device has a 1.2GHz CPU, 512MB of flash memory and 512MB of RAM, which should be plenty for running a web server or other Linux applications. It’s got a built-in Gigabit Ethernet port for network connectivity, and a USB port, so you might even be able to hook up a DisplayLink device without any video card.

The compact PC uses very little power (just 5 watts), and (of course) doesn’t require any sort of external power adapter. It looks like Marvell is going after larger distribution relationships at this point, but they are selling developer kits if you want to tinker with one for yourself. You can get your hands on a SheevaPlug developer kit (which looks a bit more clunky than the svelte production model above) over at Globalscale Technologies for just $99 (USD).