I apologize to anyone who has seen Revenge of the Fallen and liked it, but personally I think I got ripped off on that one. My sentiments – and then some – have been represented elsewhere, so I’ll just leave it at that. So let’s look at here’s Robonova instead. Robonova is a programmable, fully articulating 12-in robot powered by 16 digital servos. He can walk, run, dance and even do cartwheels. 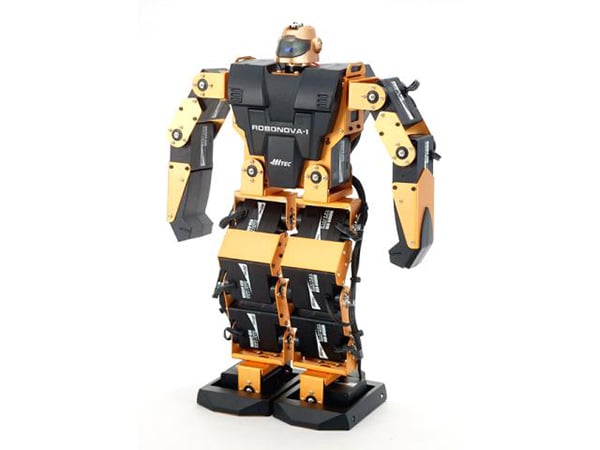 Lynxmotion, the company behind Robonova, is planning to produce a variety of accessories for the robot, such as a Bluetooth controller, gyros and even speech synthesis modules. Here’s a video of Robonova “practicing” martial arts routines:

And here’s a Robonova painted to look like Optimus Prime, amusing a group of movie goers. Unlike the Prime in the movie, who might as well be called The Fallen himself. Fallen from grace that is.

You can buy your own Robonova kit for $900 USD at Lynxmotion. It will take you approximately 6 to 8 hours to assemble the robot, so if you think you won’t be able to do that, you can buy the Ready-to-Walk version for $1,050. That may seem expensive, until you realize that it took $200 million to excrete create Revenge of the Fallen.