These USB flash drives are made from the hollowed out carcasses of original 8-bit video game cartridges and controllers. 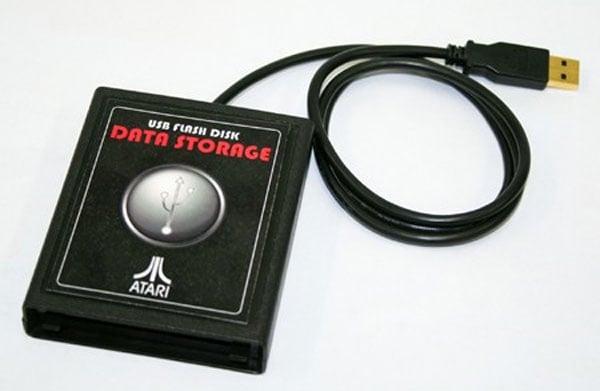 Robotic Evil, Inc. is currently selling both an Atari 2600 cartridge and a Nintendo NES controller flash drive over on their Etsy shop for $29.99 (USD) each. Sure, they’re way more bulky than your average flash drives, but I don’t care – I’d much rather plug one of these into my computer than a plain old flash drive.

While the included 2GB of storage may seem paltry by today’s standards, I’m thinking that you’d have a tough time filling that if you tried to load one up with every Atari 2600 and NES game ROM you could find. As a matter of fact, you could probably store every 8-bit game ever made in less than 2GB — not that I’d condone that sort of thing ;)