Colorware Brings the Black Macbook Back, but It’S Gonna Cost You

When it comes to their laptops, Apple has a bit of a sadistic side, adding neat features only to take them away soon after. For example, the Firewire port was a staple of the polycarbonate Macbooks, and then it was removed from the first Unibody 13.3″ Macbooks, only to be returned in the new 13.3″ Macbook (semi)Pros. The black Macbooks are another of Apple’s hit ideas that they seem to have forgotten, despite appeals from numerous fans for an updated version. Colorware knows that there are at least 10 die-hard “Blackbook” fans out there willing to give away their firstborn child just to own a laptop in black casing. The good news? You don’t have to lose any of your children. $6,000 (USD_ will do. 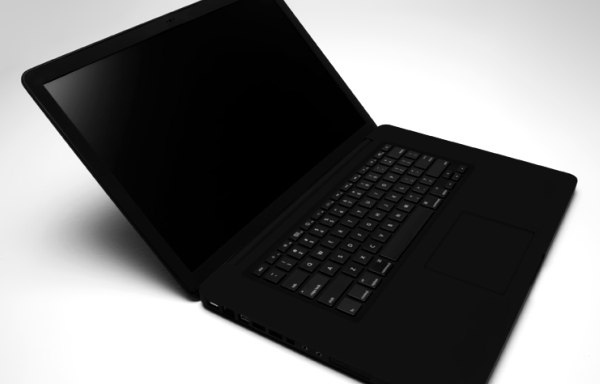 That must be the color of a Sith Lord’s soul. Mmmmm want. Then again, it’s $6,000. So what else will you get for that kind of cash? Colorware’s so-called “Stealth” is a 15″ Macbook Pro with a matte widescreen display (yet another feature that wasn’t broke),  3.06 Ghz Intel Core 2 Duo processor, 8 GB DDR3 SDRAM, and a 256 GB SSD.

Now I know what you’re thinking, ’cause I’m psychic like that, and the answer is: $4,249. That’s how much it would cost if you bought an equally pimped-out 15″ MBP at an Apple Store. You could even spend a lot less than that if you buy the additional 4 GB RAM and the SSD from a third-party vendor.

Then again, this laptop is BLACK, and as I said, there are only 10 of these available. Nah, who am I kidding. IT AIN’T WORTH THE EXTRA $1,750 PEOPLE!

But if you have the money to burn, I think you should go buy it at Colorware ASAP. I’m sure there are more than 10 idiots people out there willing to pony up the money for this gimmick.