One of the more valid complaints against playing video games is that it sometimes makes us forget how fun it is to play outdoors, or interact with other people directly, not in front of a monitor or TV. The good folks at Swinxs BV were able to come up with a sort of compromise between virtual gaming and “real life” gaming with the Swinxs (pronounced “swinks”) game console. Swinxs is basically a game master: it organizes games, defines rules and even recognizes players. 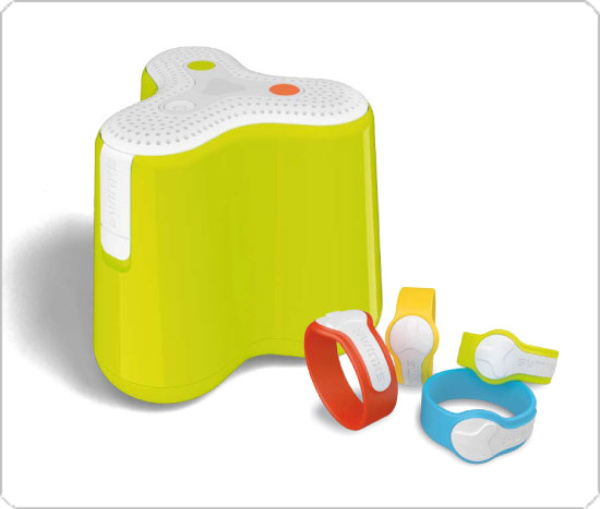 I think the presence of video output is a requirement for something to be called a “game console”, but that’s actually one of Swinxs’ strengths, as it encourages children to move about, instead of being rooted to a spot while staring at a screen. It brings back the “analog” games that a lot of us played when we were kids, like musical chairs, hide-and-seek and tag. Swinxs’ spoken instructions are clear enough to be understood by children, and even its identification system is easy to work with, thanks to the included color-coded RFID wristbands. 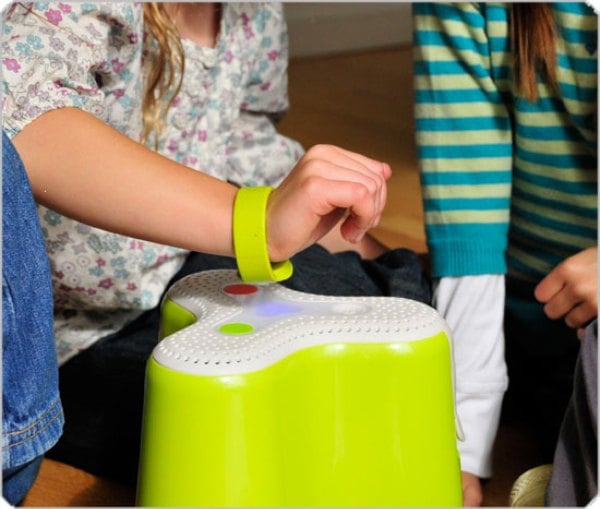 I’m sure you’re still a bit confused as to how the gadget actually works, so here’s a video review from the guys at Tech Digest:

And here’s another video from Swinxs BV:

Of course you’ll still have to supervise your kids while they’re playing with the device, but at least the interactive elements it borrows from “real” game consoles gives kids a sort of independence. And admit it, if you were a kid, you’d rather listen to a talking blob of plastic than to your mom too. You can buy a Swinxs at Swinxs BV’s online shop for $175 (USD).