Salk Sound‘s latest speakers, unofficially called the HT 4 to indicate it’s supremacy over the current HT 3 line, weighs in at a whopping 155 lbs , stands about 42″ high and are said to be capable of delivering “a very accurate recreation of what you would hear in a concert hall or other live venue.” For those not familiar with Salk Sound, the company handcrafts high-end audio systems. With that in mind, let’s look at the HT4: 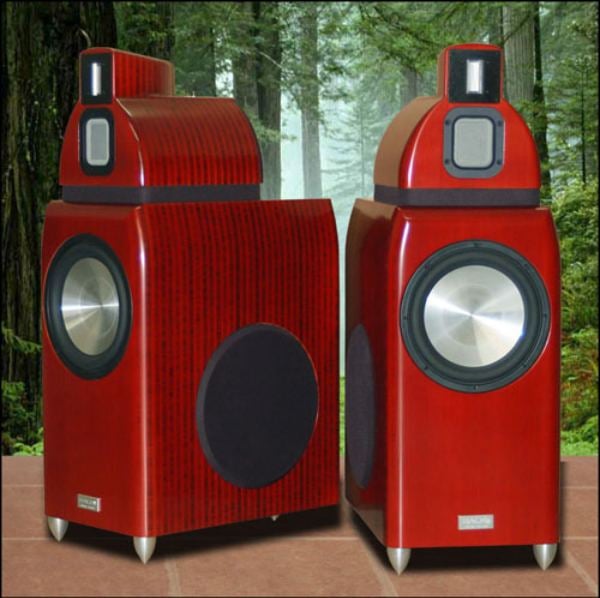 They look kind of ugly to me, but then again when it comes to speakers looks don’t matter as much as the quality of sound, and this giant has got a bunch of audiophiles drooling at the prospect of owning – or even just testing – an HT4. The cabinets you see above are made of trans-laminated bamboo, which doesn’t really add to the quality of the sound (at least that’s what I gathered from the thread), but there’s a cheaper MDF (Medium Density Fiberboard) version in the works as well. The price? About $18,000 (USD) for the 12″ woofer-equipped bamboo version, and at least $14,000 for the MDF version. An HT4 with “only” a 10″ woofer in bamboo will be about $12,000, and the MDF version at least $10,000. Let’s all sigh and imagine what kind of sounds $18,000 buys.

a 12″ woofer section and construct with solid bamboo