Benjamin Franklin – widely acknowledged as “that chubby dude  in the 100-dollar bill” – once said that there is nothing certain in life except death and crying babies. Larry King may have already disproved half of Franklin’s  quote, but until scientists isolate and exterminate the Crying Baby gene in our DNA, Franklin will remain the  Supreme Captain Obvious of the Universe.* But even if billions of parents are mercilessly robbed of sleep by crying babies every night, they don’t have to remain clueless about their tormentor’s demands, thanks to the Why Cry Baby Analyzer. Go Technology go! 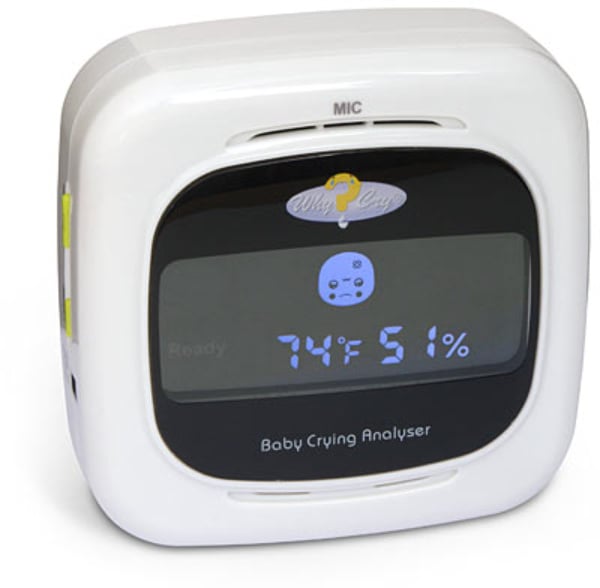 Using “advanced frequency analysis technology”, the device can tell you what your baby is feeling just by listening to his/her cries. The guide at the back of the analyzer will tell you what the emoticon on the LCD screen means. As you can see, the device also detects the temperature in your baby’s room, as well as the humidity. Why measure the ambient humidity? You’re the parent, so you tell me. 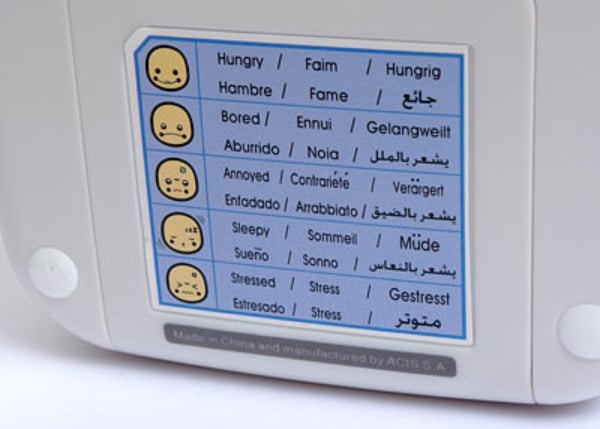 The Why Cry Baby Analyzer sells for $100 USD at Think Geek, 4 AA batteries included. Does it work? Let’s just put it this way: it’s gotta be one of those 5 right?

*I’m kidding. Benjamin Franklin is obviously a very great man, one of the greatest Americans of all time, as evidenced by his Wikipedia entry, which is longer than the Wiki entries of some countries.*