It was only a matter of time before some cheap Chinese clone of Amazon’s Kindle digital book reader would find its way to market. 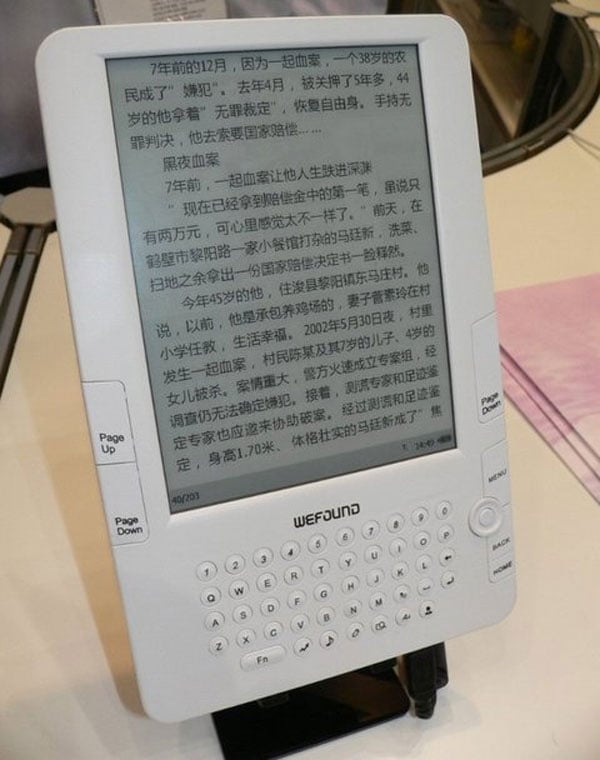 This knock-off – from a company called “Wefound” – is a dead ringer for the Kindle 2. From the slim white case to the 6-inch screen, to its nubby little keyboard, the Wefound E-Book reader is sure to raise the hackles of Amazon’s legal team. Other than the fact that the default character set is Chinese, and the square navigation joystick has been replaced with a round one, it looks nearly identical to the Kindle 2. (Although I’m sure under the hood, it’s not). 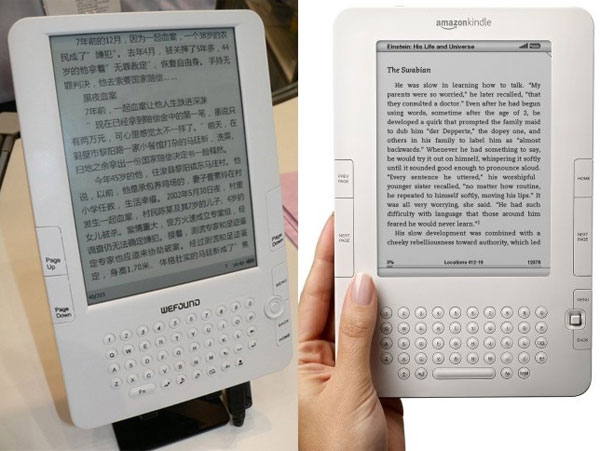 Just like the Kindle 2, the Wefound claims it will be able to download books over a cellular connection (you need to provide your own SIM card). They plan on releasing their E-Book reader by the end of the year in Japan for about $210 (USD). Me I’d rather plunk down an extra $90 bucks and get the real deal