The latest Neatorama exclusive talks about large-scale experiments and research and the massive and complex equipment that they require. I’m pretty sure that you’ve already heard of most of them, like the Hubble Telescope, the International Space Station, or the US and USSR’s space race, that culminated in the Apollo 11 moon landing. Nevertheless, the article is still a great read, especially for young geeks. The enormity of these endeavors boggles my mind. Take the world’s largest laser facility for example: the National Ignition Facility (NIF) in Livermore, California. 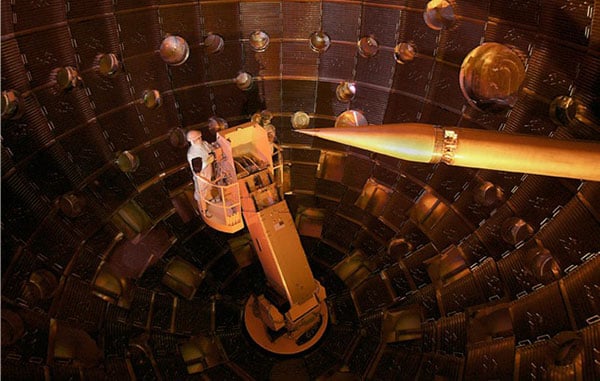 Also known as “The Crown Joule of Laser Science” (I’m not kidding, check out their website if you want proof), the NIF’s laser can deliver up to 2 million joules of ultraviolet energy. It can heat a packet of hydrogen “smaller than a match head” to temperatures of up to 100 million degrees and subject it to 100 billion times the normal atmospheric pressure at the same time. So what’s the point of creating such a powerful device? Mainly for nuclear science –  scientists hope that they will gain a better understanding of the physics of nuclear weapons with the NIF, and maybe even discover the trick to harvesting energy from nuclear fusion.

Check out the full article at Neatorama for more interesting trivia.