“Black Lines of Death” on the Wii, Just in the Time for the Release of the Black Wii

the bbps‘ Marc DeAngelis is one unhappy Wii-owner. His friend pointed out several black vertical lines that flickered on and off the screen while they were playing. His friend added that that same thing happened to him; he had to have his console’s GPU replaced. So DeAngelis did what anyone with a problem would do: surf the ‘net and see if anyone else was having the same problem. Sure enough, DeAngelis found forums complaining about the GPU overheating as well as the symptomatic black lines. Here’s a sample picture from the Gamespot forums: 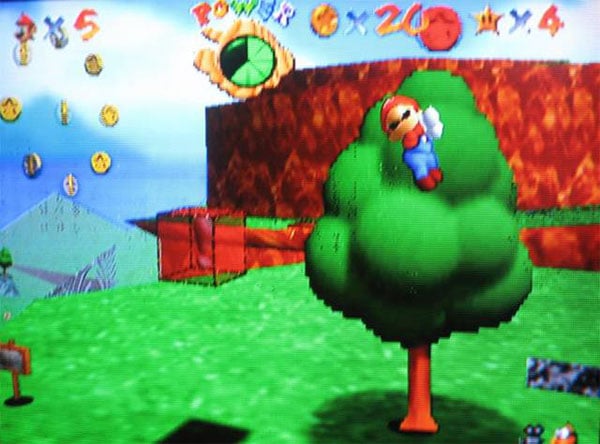 Note the lines below the coins and on the tree leaves. Here’s a closer look (but with a different game): 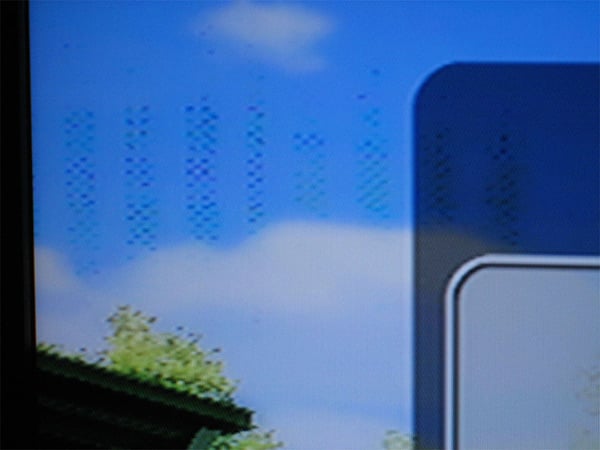 Unfortunately for him, DeAngelis’ Wii is already out of warranty, so he’ll have to pony up the money for repairs. If you’ve seen the same black lines while using your console, better have it replaced before anything worse happens. The Gamespot thread is nearly 2 years old, so I’m wondering if this only applies to a batch of Wii consoles or if it’s a problem all Wiis will eventually have.