The Quantum CVFD-M46 crams in all the features you’d expect in a multimedia mobile phone, and it sells for under $100, fully unlocked. 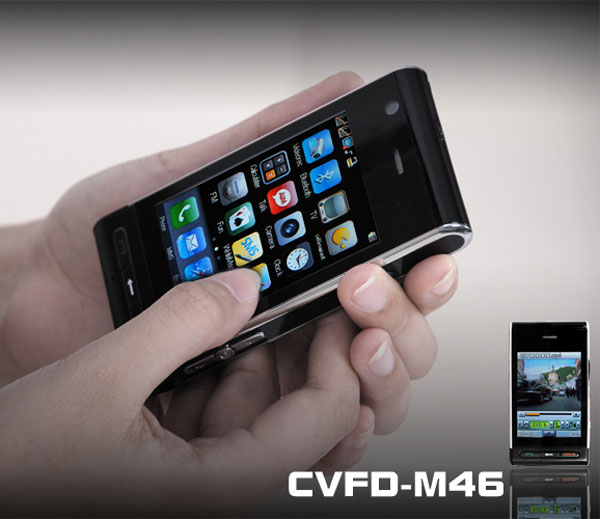 The Quantum offers a 3-inch touchscreen display, and is loaded up with a variety of mobile applications, including a calculator, contact manager, clock, FM radio, games, MP4 video player and voice recorder among other things. The quad-band phone works on all GSM networks worldwide, and has dual SIM slots so you can switch between two mobile accounts with the flip of a switch. The phone also supports Bluetooth connectivity, including A2DP and AVRCP so you can play music or even operate remote-controlled devices over Bluetooth. 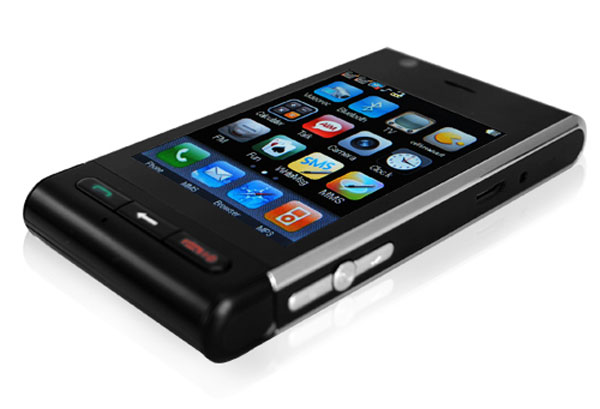 There’s also a built-in video/still video camera, but it maxes out at a paltry 640×480 resolution. And just like the iPhone that it so desperately wishes it were, it even has a motion sensor which detects when you switch from landscape to portrait modes. And unlike the iPhone, it already has MMS support out of the box. Did I happen to mention that it has a built-in TV too? Too bad it’s analog, so it probably doesn’t receive anything in the US now that analog broadcasts are done. For those of you in other countries where analog TV still works, you can tell us how well it works. 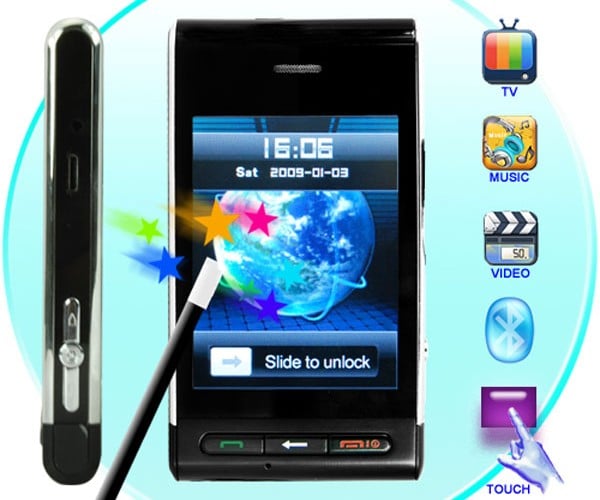 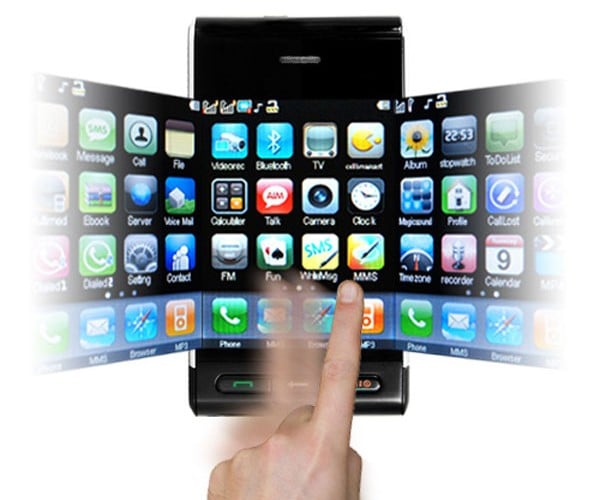 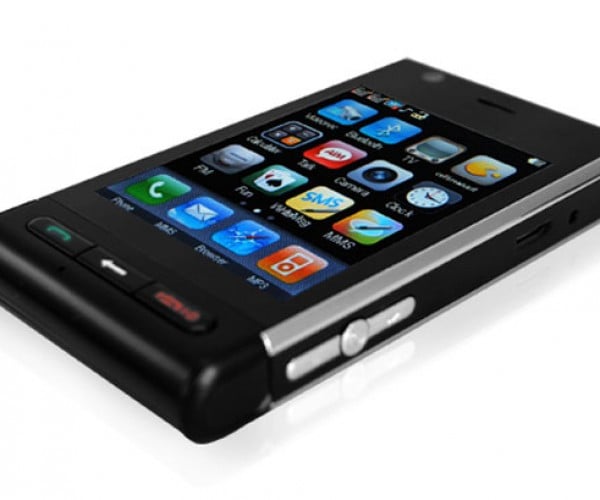 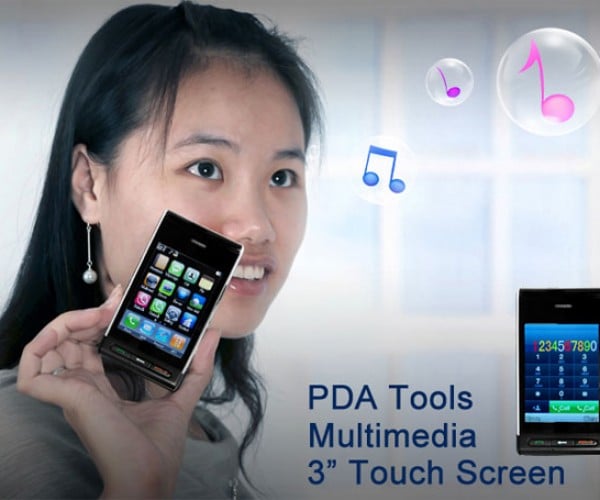 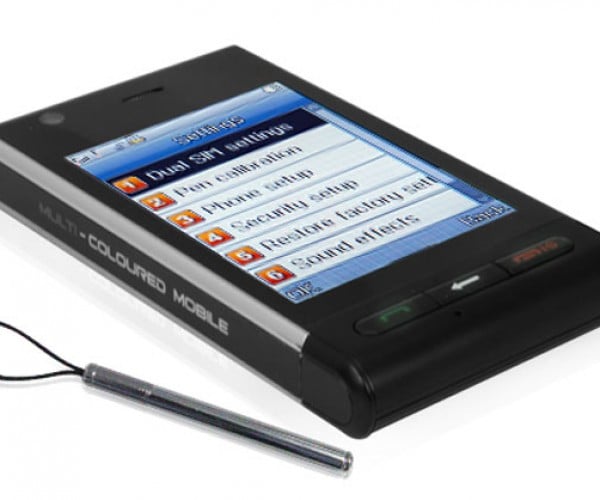 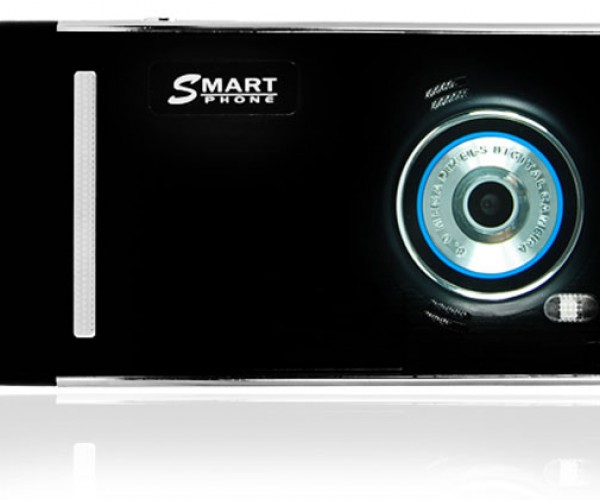 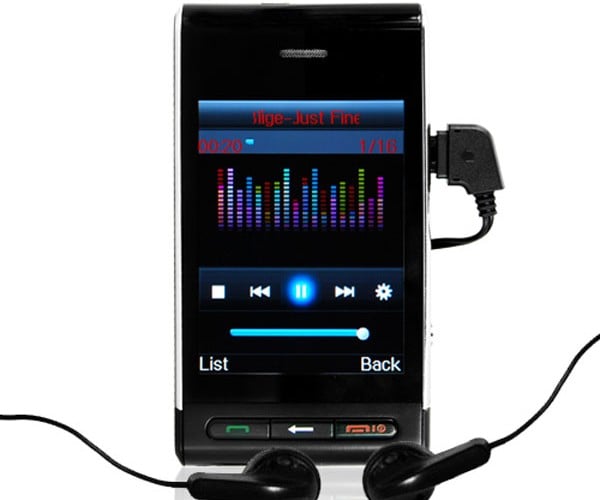 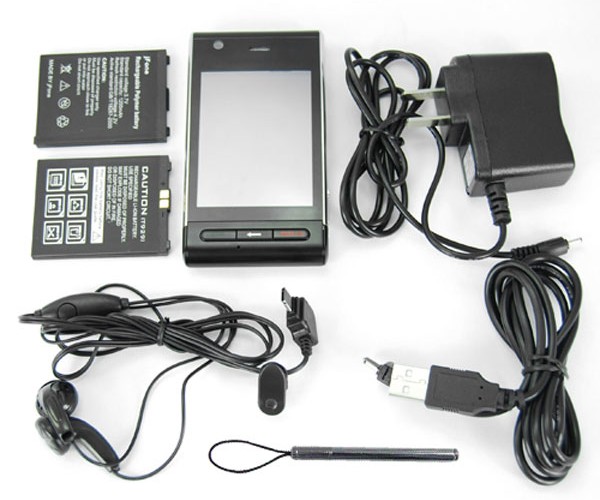