Big Bang Speaker is the Bomb

Crank out some explosive sounds from your media player with this speaker that looks like a bomb. 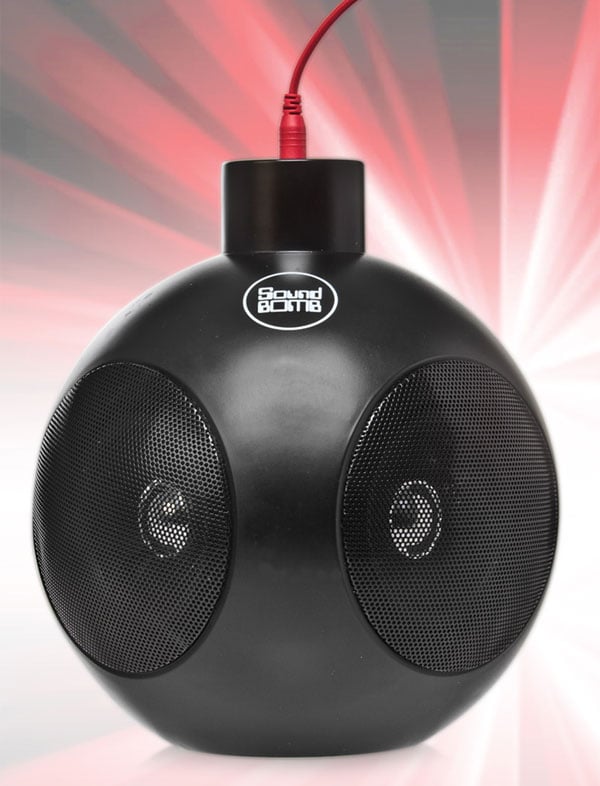 The Big Bang Speaker (a.k.a. the “Sound Bomb”) has the look of one of those ACME cartoon bombs that blew up in Wile E. Coyote’s face after the Road Runner managed to leave him spinning in the dust. It connects to your media player using a bright red 3.5mm audio cable that looks like a fuse – a nice touch. 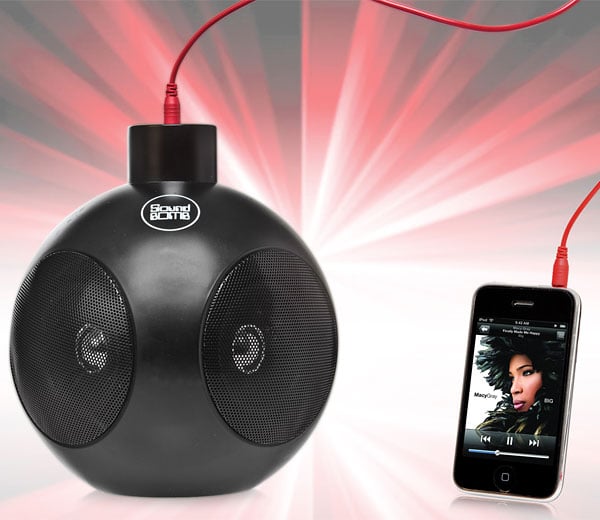 The orb-shaped bomb has two speakers for stereo sound, and can be powered by either 4 AA batteries or via USB. While I doubt that the volume levels from this compact speaker are going to live up to the “bomb” moniker, are you really buying something like this because you’re an audiophile? Then again, the product description says it’s “acoustically designed to deliver a crisp and clear sound” – so maybe the sound doesn’t actually suck.

The Big Bang Speaker should explode onto the scene early this August. In the mean time, you can pre-order one over at I Want One of Those for £29.99 (appx. $49 USD).