This insane looking N64 has to be one of the most creative video game casemods I’ve seen in quite a while. 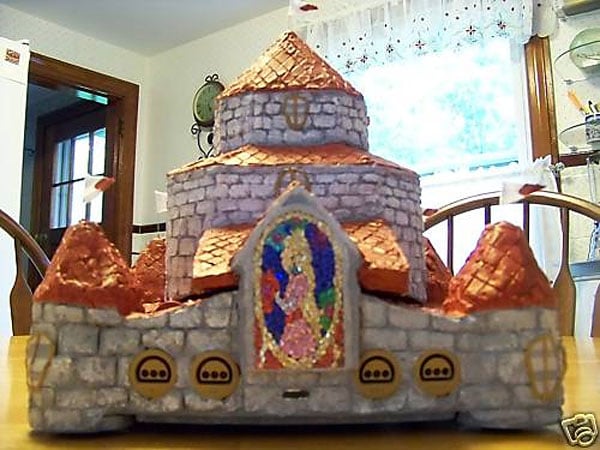 When I first saw the photos of this thing, I actually thought it was some sort of wedding cake. But hiding beneath the Princess Peach’s castle shell is a fully-functional Nintendo 64 console. 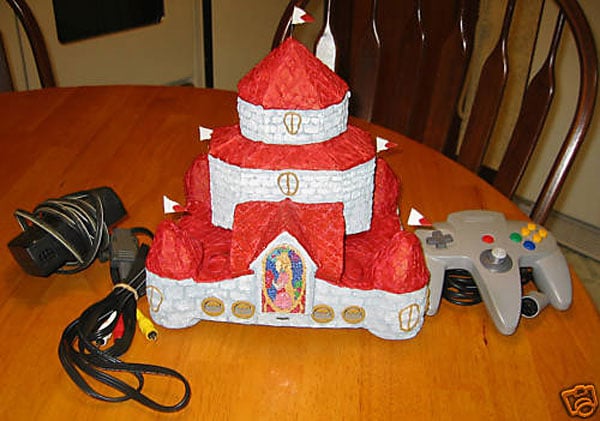 The castle design really does look like the original 3D Princess’ castle in Super Mario 64 – except you can look all the way around this one without fumbling to use the camera on your controller – and the texture maps are better on this one. 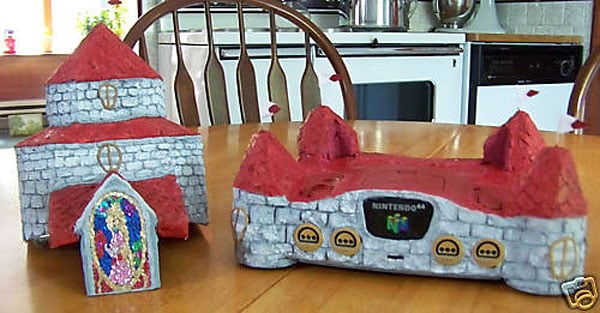 According to the eBay listing, “the exterior of the castle has been molded to look like the bricks and roof tiles, then painted. The mural of Princess Peach is a very detailed mosaic and the five flags are made of cloth.” The modder also managed to maintain all of the original ventilation, even when the top half of the castle is put in place. 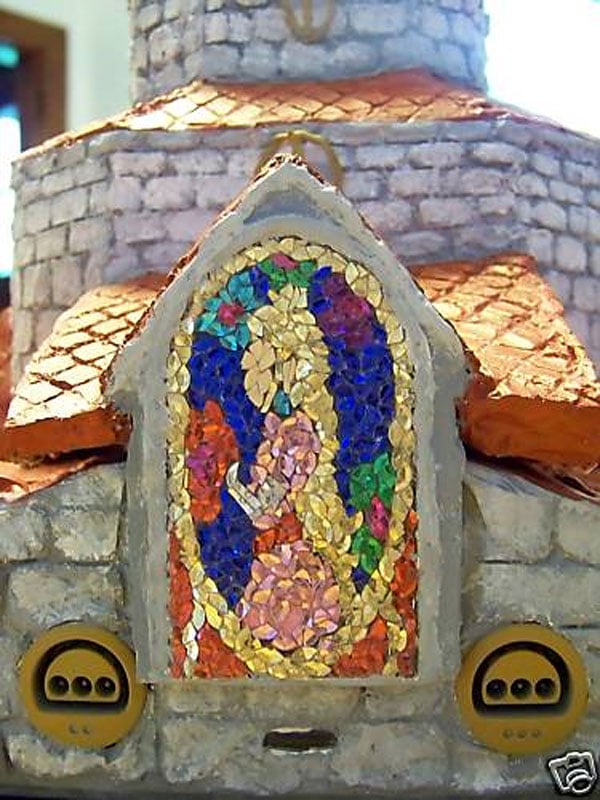 If you can believe it, this thing was on eBay for 10 days, and after a dozen bids already has sold to one very lucky bidder for just $100 bucks. I bet they could have sold it for lots more if they had only waited for me to report on it :)