I’m no Star Wars fan, so I wouldn’t know if there’s any canonical reason for Hasbro to bundle Mighty Muggs figures of Darth Vader, Darth Maul and Darth Revan (of KotOR fame) together with … Han Solo in a Hoth hoodie. 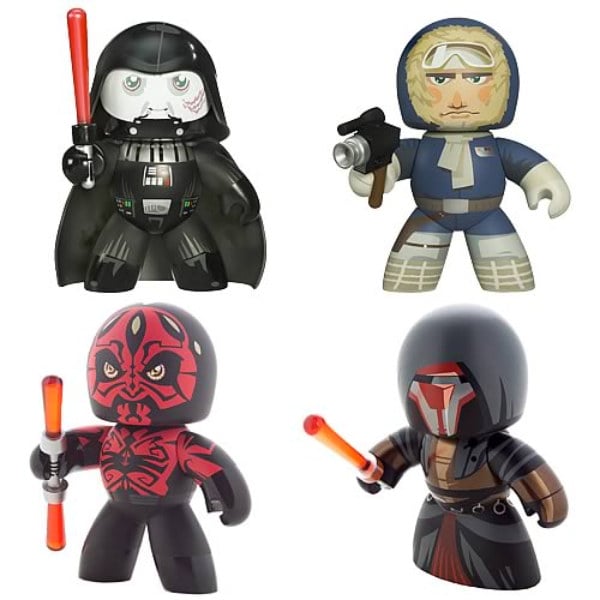 All I can think of is that people will be so weirded out after they purchase this that they’ll feel compelled to buy the other, similarly randomly packaged Mighty Muggs. I for one would throw away the Vader figure. Gives me the creeps. Maybe you could cover his face with a miniature paper bag. This and other odd bundles of Star Wars Mighy Muggs are available at Entertainment Earth for an equally odd price of $51 (USD).