Microsoft: Check Out Our in-Game Ads or We’Ll Starve Your Virtual Dog

Okay, perhaps I’m being a little ridiculous with my title there, but I’m torn between thinking this new development from Microsoft is both funny and completely horrible. Microsoft’s adding all sorts of new ads to the Xbox 360 interface, and now there’s a patent for walking billboard avatars who hang around in avatar-supported games. 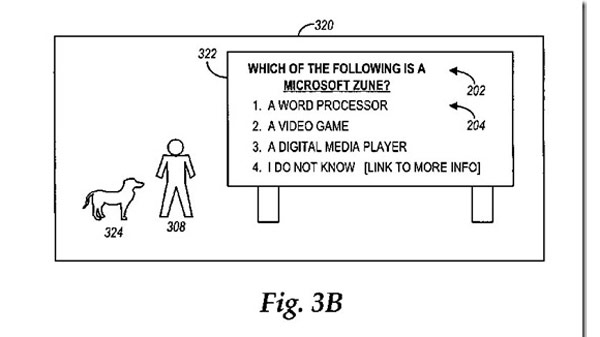 See that little guy? That’s your dog. He’s pretty cute for simple 2D. Let’s hope for his sake you know what a Zune is. See, here’s the thing: are you going to trot up to a Transformers toon in the middle of your gaming session to get information on the film? Probably not. But… what if you got paid to do just that?

The documentation on the ad avatars (or advertars, as Spencer of Siliconera calls them; I’d choose advatars, me) includes a compensation system. Talk to a bot, answer some questions, and  you get some sort of reward… which, in the examples given, can include food for a virtual pet, like the doggy above. 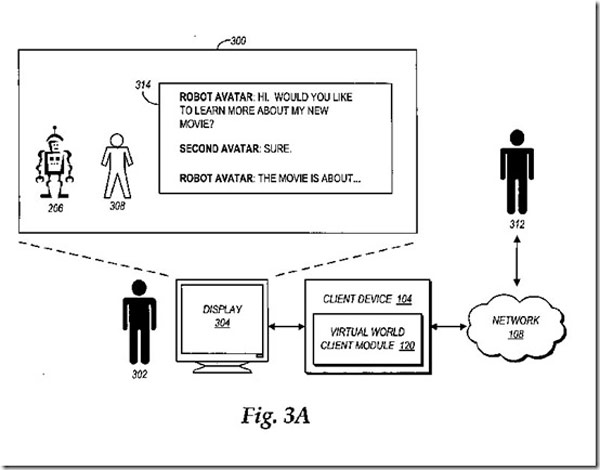 Is this lame? Entirely, but if it’s not too intrusive, then an optional system like this would, to me, be better than just about any other system of ads! So long as the avatars stayed away, it would be voluntary. But that probably wouldn’t be the case. Let’s hope you can at least shoot them.