Robot Controlled by a Moth [Mothbot]

You know, after Mothra, after Godzilla–and let’s not forget Mechagodzilla–the Japanese ought to know better. By which I mean… making a moth bot? Way to go, guys. You’ve just killed us all. 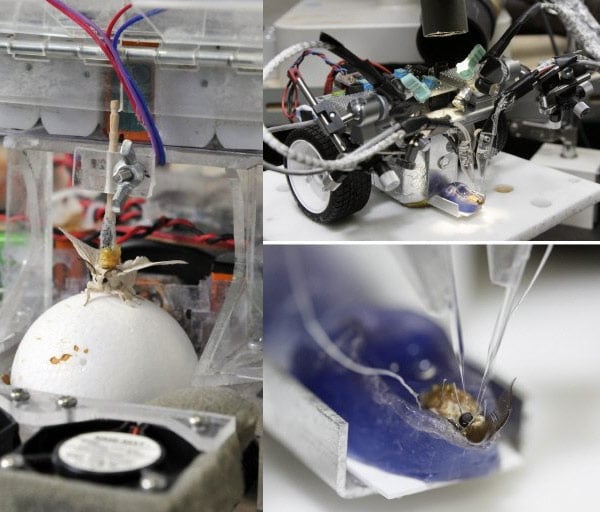 Japanese studies on insect brains recently led a team of researchers to wire a moth to a robot. Using the scent of female moths to control the moth’s motion, they learned “the moth can steer the [robot] car and quickly adapt to changes in the way the vehicle operates — for example by introducing a steering bias to the left or right similar to the effect of a flat tyre.”

The article is full of magical fun uses for insect bots, but all I’m seeing is my imminent demise. Got to go; time to stock up on bug spray.